We’re fighting the Empire now! The first battle here has a ton of strong enemies, but the goal is just to escape the town. Apparently you can kill all the enemies, but I just grabbed some treasure with a few guys who then died, and everyone else escaped.

The second battle seems easy at first, but there are so many long-range archer units that they can easily gang up on someone, and it’s difficult to judge where they can move and who they can hit. Once you’ve cleared out some of the archers it gets much easier (and the mages can be killed by your own archers). 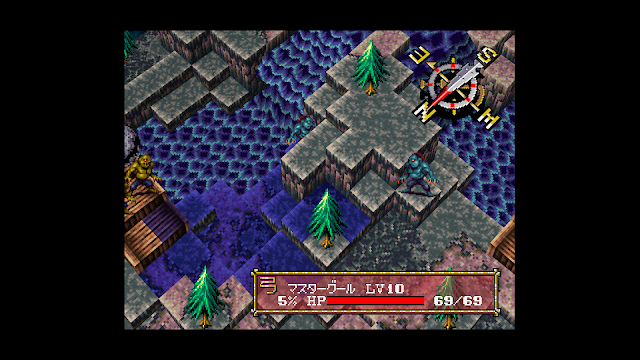 Third battle is tricky because you start surrounded, but when I moved everyone towards one side I was able to escape with only one loss.

Fourth battle you just need to move forward while the train cars crumble behind you, but it’s not bad. 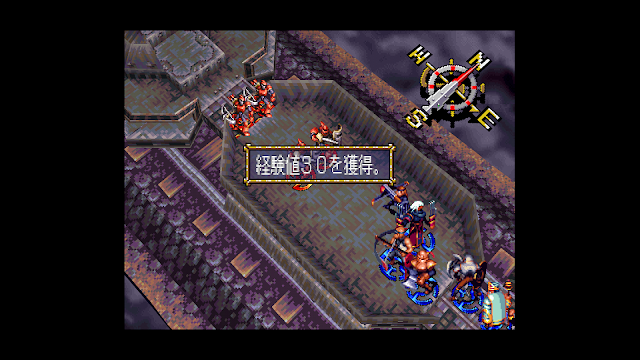 The last battle you have to destroy all the death devices in 8 turns. I managed to do it on the last turn, but I was not able to get all the hidden treasures.

There’s also a trial map to be done in this stage; these are getting longer and more annoying. Here you have to do a lot of crate pushing to be able to reach the chest with the prism, and make sure you don’t block yourself off by moving them wrong.

This chapter on the whole seemed a lot easier than the previous ones; maybe my characters were just a lot better. 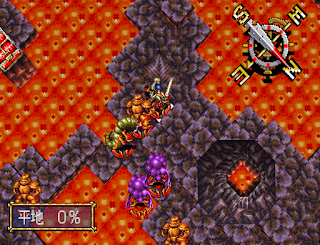 The trial map, though, is a nightmare. It took me over 90 minutes to do; you just have to walk up this long spiral mountain and avoid archers by hugging the wall. It’s not challenging, it just takes a really long time. Thank god for emulator speedup. 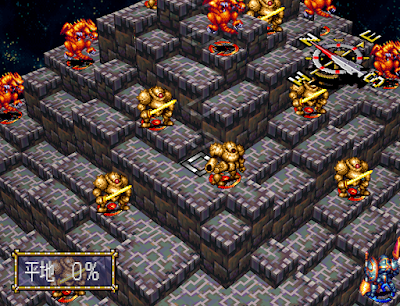 The fifth battle has some reinforcements. At this point my mage had Salamander which hits a huge range and makes things generally easier. 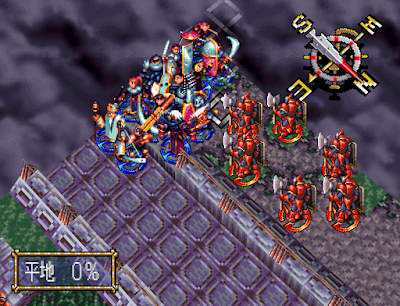 Finally you have to protect Leena (who has a strange time travel backstory); once again not too difficult. 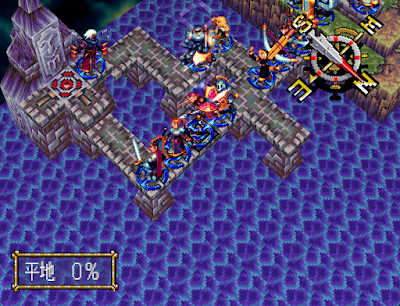 First task in chapter 6 is to do the last trial, which I thought was pretty easy. 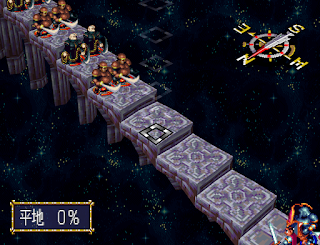 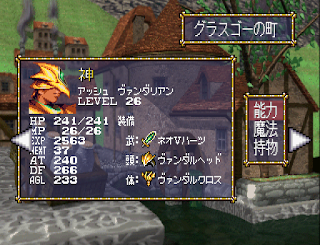 Upon completing the last trial, you can change Ash into the Vandalier class; he gets super powerful equipment and can cast all the spells in the game, including Plasma Wave which hits every enemy on the board. This basically breaks the rest of the game but I’m not sure the final stages would have been that challenging even without plasma wave.

The chapter only has 4 stages. The first one is probably the hardest one, since Kain gains the ability to use Plasma Wave himself. If you let him stay near the cure circle he’ll keep regaining MP, but as long as you move towards him he’ll move away from that and then quickly run out of MP — with one or two Soul Water (heal all HP of all allies) it’s not tough to deal with.

I tore through the next two stages with no problem, leaving the final fight.

The final boss is not very hard (he’s easier than Kain), even though he has two forms. For some reason the second form only has 165 HP — was this a programming mistake? 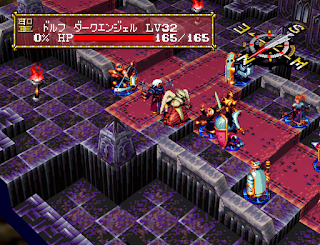 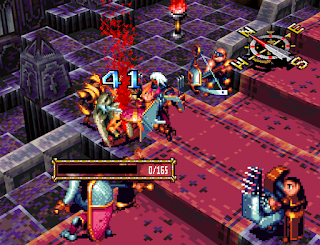 I made sure to beat him with my Sky God — everyone always bashes that class but I really didn’t think they were that bad.

Afterwards the ending scene shows what happens to all the characters, and if you got Vandalier you get a special ending screen. 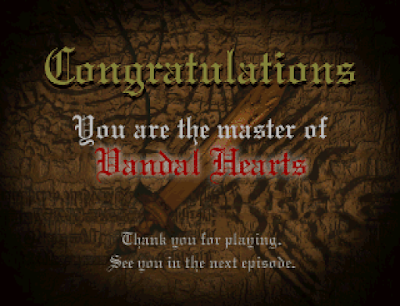 Overall this was a pretty good game. The story was above average – some cliches and I wish they had developed the villains a bit more. The ending was also a bit of a cheat (how did Ash get back?); I don’t know if VH2 or the third game are plot related at all.

I had some interface problems with the game — for instance, you can’t see a list of all your units and their HP, which is a pretty basic thing that is often useful and every SRPG should have.

The map design is good, with different goals, gimmicks on the maps, some maps that aren’t just “defeat all enemies”, and other variety.

Vandal Hearts 2 came out in 1999 so it will be a while until I get there. Next up it’s back to Arc the Lad II, and I was able to dig out my save files from the first game so hopefully the carryover will work.

Leave a Reply to Harvester of Eyes Cancel reply