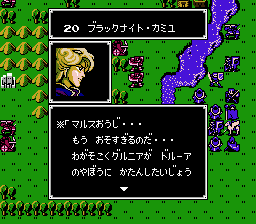 In the longest pre-battle dialogue of the game, Nina tries to convince Camus to join the heroes, but he can’t leave his dying kingdom even though he disagrees with Drua.

This stage has a fairly tough opening because of the four paladins to the left. 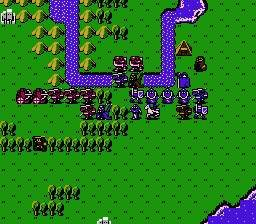 It’s not that hard to kill them, but because of their high movement range it’s tricky to keep everyone alive. It’s easy for them to go around your troops and kill weak people. In my final play I didn’t open the bridge until I had beaten those initial enemies. Marth then has to run down to the left for the Harman (Repair) staff in the house, which I never actually used.

Another enemy character falls victim to Sheeda’s charms and joins the party. 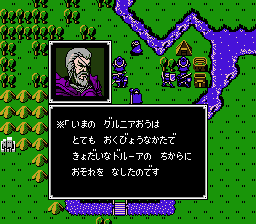 Camus himself can be pretty hard. He has the Gladius, the strongest spear in the game. This is the kind of fight where I feel the permadeath is particularly unfair because if Camus gets a critical hit, he’s going to kill whoever he’s fighting except maybe someone at max level who has a ton of stat upgrades. I got lucky and beat him. The Gladius is good to give to a Paladin, particularly along with the Star Orb, which makes the holder’s weapons not lose uses when they attack. Although the Star Orb is also really useful for Marth because the Mercurius Rapier is the strongest weapon in the game for him, and he can do a lot of damage with unlimited uses.

After the fight, Marth apologizes to Nina for not being able to save Camus.

Stage 21 – Deciding Battle at Macedonia
“A difficult fight at the border of Macedonia.”

This is another map that was removed from the SFC remake. 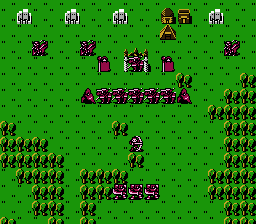 The trickiest part is at the beginning, because all the monsters except the Paladins come for you at the beginning. Like the previous stage it’s not hard to defeat all the enemies, but the Dragon Knights have such high movement that it can be tough to prevent them from killing anyone. Also your characters start separated on the map. I had three archer characters to deal with the knights and the reinforcements, but I had to try several times until I got it right. But once that initial force is beaten it’s no problem because the Paladins can be lured down individually.

There’s a secret shop on this stage in the mountains, that sells stat up items. Unfortunately you can’t buy things at shops and send them to the storage, so it’s tough to use. I just bought two things and moved on.

Stage 22 – The Knights of the Sky
“The deciding fight against a large band of Dragon Knights in Macedonia.” 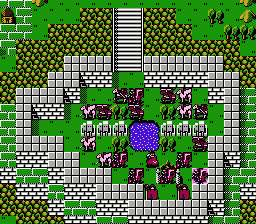 I brought archers to this stage. One of the paladins is Michel, the older brother of Minerva and others, but he can’t be recruited unfortunately. I played quickly here, first because you have to get to the village with Marth before the thief can destroy it. Marth has to bring the Star and Light Orbs to get Gato to make the Starlight, which is the best way to defeat Garnef. Apparently if you go there without the orbs, Gato will suggest using the Mercurius Rapier, the Gladius, and Devil weapons to try to beat Garnef instead, but he suggests basically starting the game over instead. Ouch, that’s harsh!

The other reason to play quickly is to stop the reinforcements by blocking the six forts. Once I did that, I sent some units to the top left to buy stuff, and then ended the stage.

After the stage, Morodof announces that they found Thebes, where Garnef is. So now we can make our way there to recover the Falchion! In the next post I’ll cover the last three stages.