As I said in the last post, I’m going to make it a general rule from now on that I don’t do stage-by-stage commentary for games that don’t “deserve” it. That’s not to say SFG2 is a bad game, just that it tends to involve the same strategy on the maps. 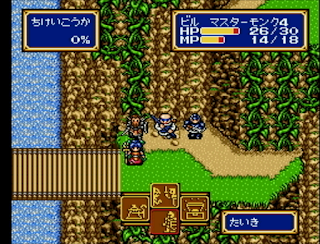 This is when the game moves back to the other party, leaving you with only 5 guys. It’s kind of a tough stage because of that (with Bill the Monk as my only healer). I’m fortunate that I was trying to level everyone evenly so I didn’t end up with a worthless party here. Bill sucked at first but he’s pretty good now.

I also appreciate the creative stage design here — not that there’s any gameplay difference with these vines and cliffs, but it’s nice to see the design team attempt to change things up at least in the visuals.

This stage has darkness in it so you can’t see the whole layout. Monsters also appear as you move on — not a hugely difficult stage but at least interesting. 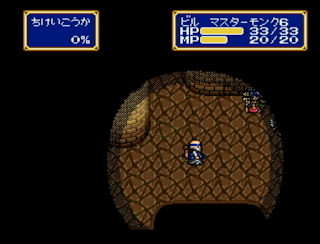 Lava! As you move, lava flows block off areas, but this doesn’t make the stage any harder. 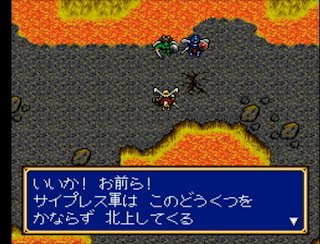 This is one of the boss stages, as we head into the endgame. Solo puts his hopes on these “death balloons”. They appear as you advance through the stage, and blow up if you try to attack them, doing big damage.

I also accidentally got Hanzo (named “Higins” for some reason in the English version — I don’t understand why they think American gamers are OK with made up names like “Iom” or “Woldol”, but a Japanese name like “Hanzo” is no good. They also later change Musashi to “Rush”. This is not the only bizarre name change because Shu is “Deanna” for some reason in English. Did they think the character was female?)

I knew the secret characters were there but hadn’t been paying close attention, especially because there’s no display of the stage number. So this was a huge chunk of luck — I was just moving Shu back to get him out of Solo’s range. 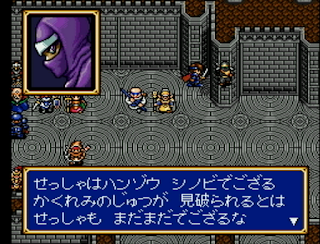 The gimmick on this stage is a repeat from Shining Force 1, a weapon that takes many turns to charge up but hurts a huge range, enemies and allies. 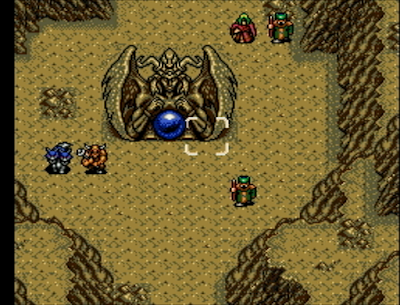 I ate one blast but everyone survived. The stage is a little hairy after this because you have to get in range of the mages in order to take down the orb, but it’s not too bad.

This is the stage with the second boss, Barbara. In general I think the bosses here are easier than in regular Shining Force; usually you just have to eat one nasty spell and then you can take the boss down. Part of the problem is that their AI often doesn’t approach you when you’re involved with other enemies, which would make things a lot trickier. 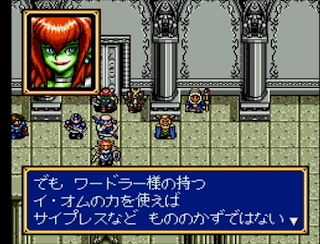 Next up is “Death Woldol”, a revived version of the boss from the original SF Gaiden. 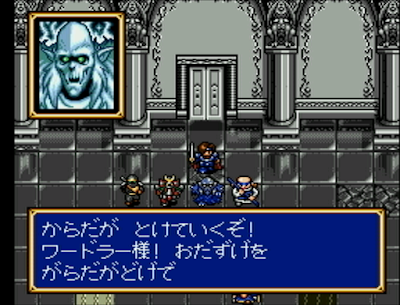 You’re supposed to get a Light Sword for beating him. But Shu, who had the final strike, had no space in his inventory so it just disappeared. Fortunately the shop then sold it in the “buried treasure” section so I could have it.

Wardola (or Waderer or however you want to romanize it) is basically the same as the previous bosses, just approach him slowly and beat him after he uses one spell. Now we save Kurisu from the first game, and he joins up with the Haja Sword for the last battle 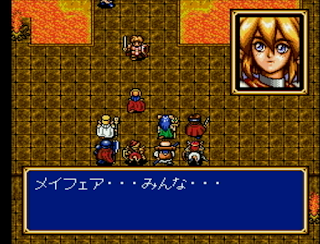 This is a tough battle. Iom uses nasty spells, and you have to take out some other guys first. After a couple of failures I decided to begin by taking out the Iom Worms with archers so that they couldn’t attack, while the rest of the units took on the Iom Dolls that come from the top. I had the healers use heal every turn just to gain XP, because I thought I would have to exit from the battle again. 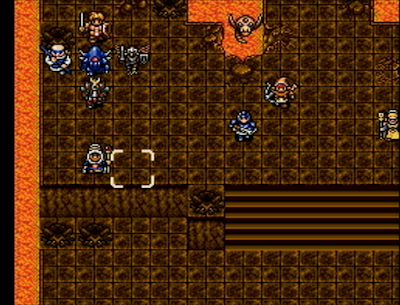 As it turns out I didn’t have to. I sent the two archers, the birdman, Kurisu, and my monk up to deal with Iom since that’s who can actually attack. I had no MP left at this point. You can set the characters up so that at most 2 can be hit at once — this allowed me to last for a long time even with no MP left for healing. By the time I had to send up reinforcements, he was already down to about 70 HP, and I finished him off with little trouble. 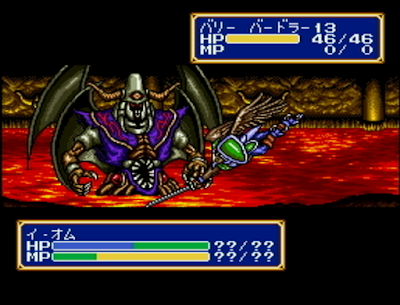 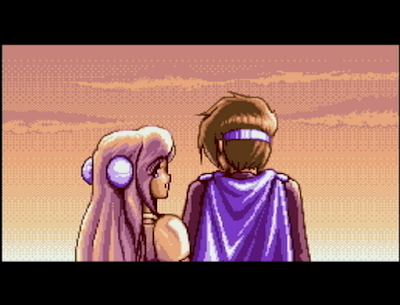 So that’s the end of SFG2, although Shining Force CD is not finished yet. As I said after SFG1, I’m going to hold off on the wrap-up post until I actually finish the entire Shining Force CD game; the only thing left is the short third scenario, and the bonus battle where you fight all the bosses at once.

Next up will be reposting of Super Robot Taisen 3, then the actual Shining Force II.