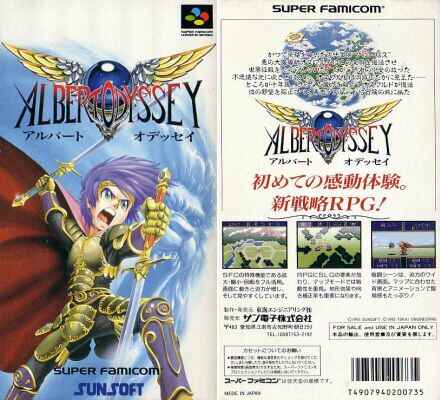 Western gamers may be familiar with Albert Odyssey from the Sega Saturn game. That was actually a “gaiden” title that was a normal RPG, in contrast to the two strategy RPGs released for the Super Famicom under that name. This is the first strategy RPG on this blog, so I will start with my own criteria for distinguishing a strategy RPG from a regular simulation or strategy game. I consider two factors important:

Albert Odyssey is a pretty early SRPG. From what I can find, there are only a handful of strategy RPGs before this — two Fire Emblems, two Shining Force games, and one Langrisser game might be it (for some reason all the sites I use classify Langrisser as a regular strategy game, but I can’t see why.)

All of the previous strategy RPGs use the same technique of having individual maps that you clear in succession. Shining Force added some normal RPG style towns and exploration but basically stuck to the formula. Albert Odyssey’s big change is that there aren’t separate “chapters” or “battles” — instead the entire world map is one large battlefield. There are bosses, usually placed in your next destination, but defeating a boss doesn’t end a chapter or a map or anything like that. You just move on to the next place.

This is an interesting change, but it slows the game down a lot. Even if there are no monsters around, you have to move each character individually, turn by turn. Your party is much smaller than the other games — only 4 characters at a time, with the option later in the game to switch out the main 4 for three other characters. Even so, moving all 4 characters one by one is tedious when you’re not actually battling. Entering a town is frustrating — you have to move one character in, then go to the party screen to switch back to the outside map, see the battle data, then move the next character in, etc.

It also makes it really important to know where you are supposed to go next, because if you go the wrong way you’re in for a lot of wasted time. Unfortunately the in-game directions are vague, and the map in the instruction booklet is very rough, making it hard to tell if you’re on the right track. In most towns you can buy “Memories of [Town name]” to return there later, which does help a lot. 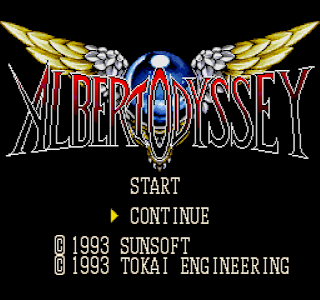 There isn’t a whole lot of story, which is disappointing for a strategy RPG. Your characters never talk after the opening until the ending scene. The villains are barely sketched; they try at some sort of tragic backstory for one of the bad guys named Sin, but it’s hard to feel anything since it’s so abrupt and undeveloped.

It starts off promising. The instruction booklet tells the story which is then shown in an opening cinema. Oswald the magician revives he magic of an ancient kingdom called Globas, and uses it to bring forth a bunch of monsters and take over the world. But after he kills the parents of a girl called Sophia in front of her, she calls on some mysterious power to defeat Oswald instantly. 10 years later, he’s back, and trying to find the crystal he needs to call forth Globas’ power again. Albert, who is descended from a hero (sigh) has to go find the crystal in order to save the world, along with Sophia, Noiman the priest, and a warrior named Slay. There’s more backstory in the manual than actual story in the game, though.

The interface and gameplay have a lot of annoyances. The map constantly rotates around while a character is moving. You can’t see what equipment does, and the instruction booklet actually says “Make sure you save before you shop since not everyone can equip each weapon or armor.” This is unacceptable. Levels raise your stats so much that equipment barely matters. You can’t walk through hexes that your characters are in, which is a huge annoyance.

One other aspect I don’t like is that your units never gain any additional powers or moves. There’s also no MP or TP so you can use as many spells as you want — this is better than spellcasters being worthless, but it results in the game being very easy, especially since just raising one level can result in you one-shotting the enemies. All in all even though the game is short I still found it getting dull and tedious by the end.

I don’t think it’s worth walking through the whole game since it’s just going from place A to B until you find the crystal, then heading into the underworld to defeat Oswald and then Globas. There’s really no character development or plot twists of any kind, until you get to the ending. The bosses are mostly generic monsters, just with more HP than the surrounding monsters. And because the game is so easy, walking through the gameplay isn’t really interesting either — the same techniques you use for the first monsters are the same you use against the final boss since you never gain any new powers or moves.

The final boss is pretty easy, even though he has two forms. The main thing you have to watch out for is that a lot of the enemies can use “revive” to call forth other enemies, and that can become a chain reaction that can kill you pretty quickly. But I had enough items by this point to heal, and Globas only took two turns to take down.

The ending scene is bizarre. The mystery of how Sophia was able to destroy Oswald is answered: it’s the power of magic. She’s been using magic the entire game, how is that a surprise? What does it mean? Who knows. Then the writers decide that they better do something interesting, so as the four companions are leaving to go back home, Noiman suddenly gets killed. Albert goes to see what’s outside and sees this:

A bunch of things that look like the final boss are there. Sophia once again calls on her mysterious power out of grief over Noiman, and she dies as well. The end. No explanation as to what those things were. 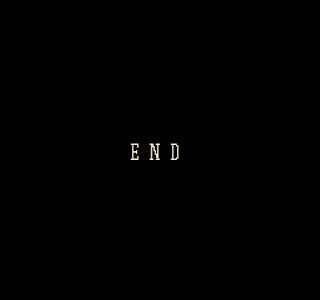 The instruction booklet ends with a 4-page backstory that gives you more information on the history of Globas and Gort (the above-ground kingdom), and the crystal. But nothing in there has anything to do with the story in the game.

So this is another disappointment. I swear there will be good game eventually on this blog. The next game I’m playing (after my detour), Metal Max 2, is highly regarded by Japanese fans so hopefully that will be a winner.