Back to Shining Force again. This is a remake of the two Gaiden games for game gear, plus a new 6-stage scenario and then a bonus “museum” level where you fight all the game’s bosses. I did the Gaiden games in their own posts, so this will just be about the six stage third scenario.

The basic idea is that on Kurisu’s coronation day, some old woman named Dava captures Princess Anri, and we have to go save them. You can use the teams you built up during the first two games.

The stages are all gimmicky and have a lot of hidden items, but overall I didn’t find it very hard. 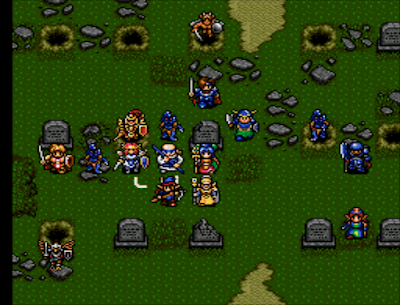 The first stage is in a graveyard, and additional zombies keep coming out of the graves in successive turns. The most dangerous enemies cast spells, but they can be easily taken down.

I forgot to get a screenshot of this one. You have a bunch of drunken dwarves and centaurs. More periodically wake up as the stage progresses, and eventually you have to fight the (easy) boss at the top of the screen.

This stage has a bunch of women ninjas; some of them cast nasty spells and they drop in unannounced. 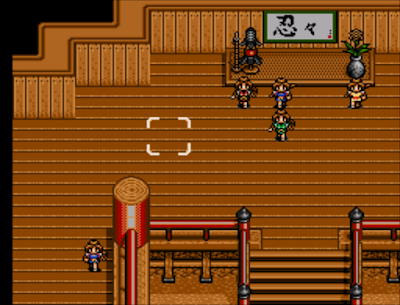 There’s also a fake ninja sword but you can get the real one from the suit of armor there to the left of the 忍 sign.

Under construction! But that doesn’t really affect the stage much. 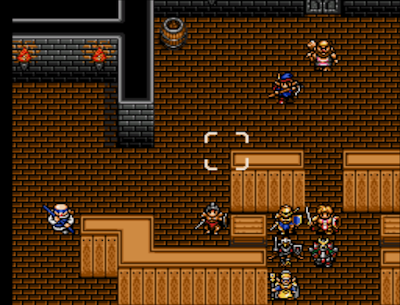 Here we fight our shadows. If you unequip the weapons before the stage then the shadows will have reduced strength, and the characters can re-equip them afterwards in the battle. 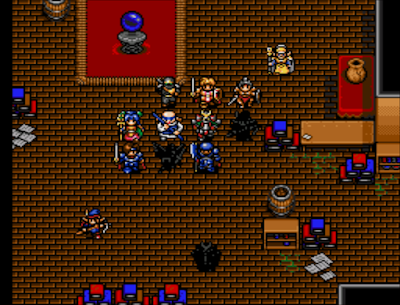 Final stage. This is the only one in this episode that really presents any challenge. Dava begins by using a laser attack that’s like the cannon from Shining Force 1; there’s nothing that can be done to dodge this. I sold all the equipment from the units I wasn’t using and bought as many of the Blessing Rain (heal all HP) as I could. 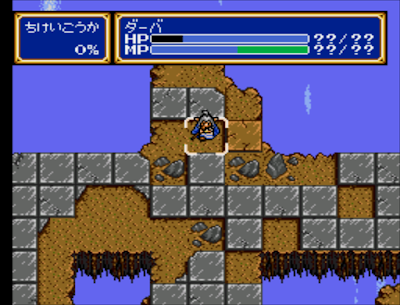 I took everyone up the left side. Dava begins to bring out mushrooms that can use confusion, which is nasty if they use it on your spellcasters (including heroes). They won’t use it if there’s only one person in the area though. Once you reach Dava, she summons all the bosses from the past stages. At first I tried to just go for Dava and ignore them, but this doesn’t work. I took out the close bosses and then set things up like this: 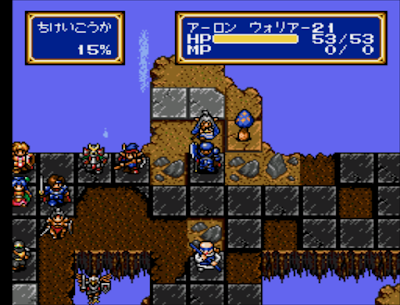 This ensures that Dava won’t use her spells, and the mushroom won’t use the confuse. The archer and axe user can both attack, and Bill can heal Arlong. With this setup Dava goes down easily.

Then it turns out the whole thing was just a test to see if Kurisu was a suitable Emperor, and he passed. 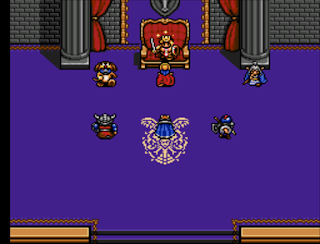 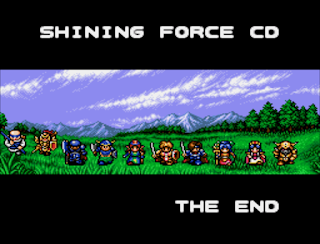 Now there is still one battle left; a “museum” where you fight all the past bosses. I decided not to do this stage — there are multiple videos of the stage on youtube if you want to see it. 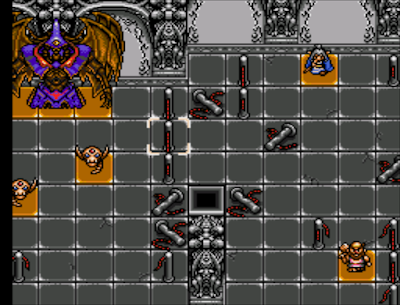 Since this post was short I’ll just do the wrapup here. Overall I enjoyed this game possibly even more than the real Shining Force games. It’s certainly not as complex or lengthy, but the battles are fun and the interface is clean. The music is good off the CD.

The biggest omission is the world map and town exploration. Some SF fans may not like the game because of that. I don’t think it’s that big of a deal that it doesn’t exist, though.

I really don’t have anything else to say about this — it’s kind of an inoffensive, very playable game that doesn’t excel in any area but doesn’t fail in any area either.

Next up would be Langrisser 2. My usual practice is to play a remake as long as it’s released within a couple of years. I went back and forth on whether I should play Der Langrisser instead of Langrisser 2. For a while I thought I would do Langrisser 2 as the “light path” and then do one of the alternate paths for Der, but after asking on a Langrisser forum I decided that just doing Der is fine. However, I’m going to wait until Der actually comes up in the list in 1995 to play it. So next up will actually be Feda Emblem of Justice, which I will play in the Saturn remake.  (But let me know if you have any comments on the Langrisser 2 issue.)