Now that I have 10K gold I can buy the cooler device that lets me explore the fire mountain. I also made sure to track down the second level freeze spell, and buy a lot of healing items. The dungeon was fairly long, but the boss was easy. 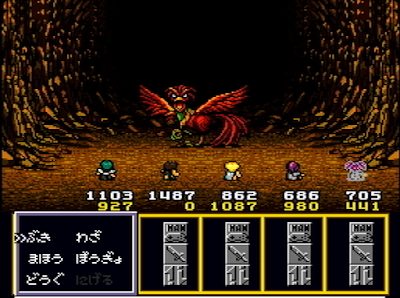 By the time I got there, three of my guys could use the Freeze spell, and he did very little damage.

Now I’m going to take the firebird feathers back to the collector, but I may follow up on a lead or two on my way back. Only 9 months have passed so far despite me wandering a lot and using up a month to wait for the beauty contest, so I can see why people say the 10 year limit doesn’t really matter.

I traveled around and tried various things before happening on a few more events.

The idea here is to beat enemies in a drinking battle — this just means that you and the enemy both lose HP every round. I used Balmore and was able to outlast them all. I probably was drinking an actual beer while doing this part… 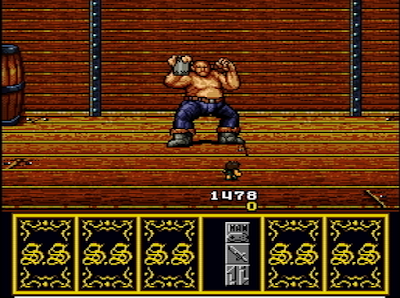 Next I tried to win a magic battle in a town up north but was not able to do it (you can’t use items, so no healing). So I headed to a mountain.

Here a town was being terrorized by bandits; they wanted to move off the mountain but was unable. I beat up the bandits and escorted them out (also discovering spies in the process). 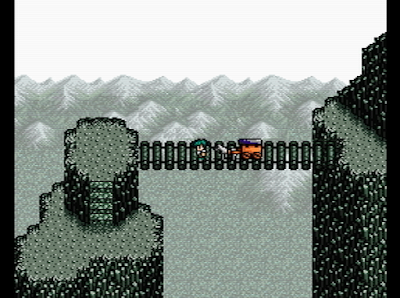 I’m wondering now if I can beat that magic battle.

I managed to do it. You have to fight 4 guys each of whom has a magic weakness and casts spells that affect everyone. Then there’s the boss, who has a fair amount of HP and does various things, including all-attack spells. At some point I acquired a ring that absorbs lightning damage. So it was a matter of doing as much damage as possible before everyone but that ring wearer died, and hoping I had enough MP left and that he cast the spell often enough to not die. This happened, and I won.

Now he wants me to go help him make peace with his wife, a powerful witch, so that’s where I’ll go next.

This is not especially difficult. There are a lot of monster trapped chests but the dungeon is short — even though you have to do it twice (you have to go back and bring Rukiman the mage), it’s not bad. 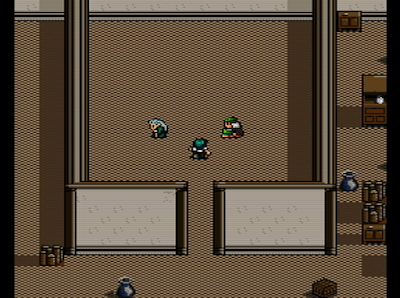 Now I have Rukiman as my 6th and final character, so I’ll be able to do a quest from earlier where the guy wanted 3 men. First I tried the fighting tournament since that unlocks at least one other quest, but I failed. So I decided to buy a boat for 30,000 and go to the lake I had visited earlier.

This quest is based on the Aesop’s fable about the woodcutter and the golden axe. It’s really long; this is the first time the high encounter rate was a bother. You have to go through a long underground area, then a castle, and you have to do the castle twice because you have to bring this angel back to the castle after you recover her robe. I gained a lot of stats, though, and started being able to actually equip some of the things I had found earlier. 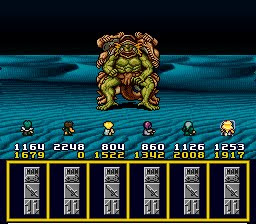 Now after travelling a bit to buy better stuff I will try the mission requiring 3 men.

The women and children stay in the bar while we accompany the other three men to a valley that’s supposed to be full of gold. They need 6 strong people to twist this skull to open a secret passage. 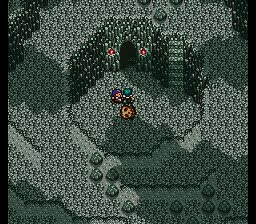 We do end up finding the gold, but there’s a trap that the men set for us — we escape, but with no gold, and Rukiman seals up the cave for good.

I found a feature I hadn’t noticed before, “search” in the menu. This brings up a list of leads or quests you’ve heard about, which is useful, although not comprehensive. It only records firm quests, not vague things like “Don’t come in this village on 2/10” which is obviously the start of a quest event but won’t be recorded.

Next up I bought a magic compass from a village up north so that I could go into the Jukkai forest, which supposedly has man eating trees. It turns out that there are 10 devil trees, and the main large tree at the center sends us out to beat them up. 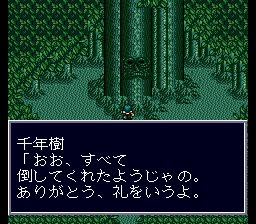 Afterwards, we learn those were the large tree’s children, and a monster living at the top of the trees is messing everything up, so time to take that monster down. 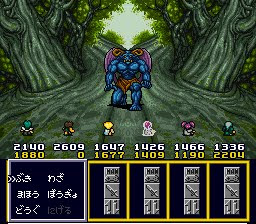 Once we beat that monster, he reveals that he’s so connected to the tree now, that the main tree can’t live without him. The big tree already knew this, though, and asks us to burn him as his last wish. 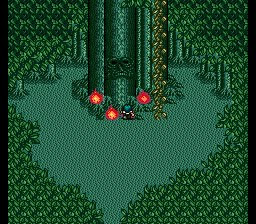 I think the idea is that by burning him, his ash will revive or protect the forest, or something along those lines.

I’m almost halfway through the quests; I hope this game will not take me another two weeks to beat, though. Next up I’m heading north to a town where they warned me not to come from 2/1-2/10; obviously I’m going during that time.

There doesn’t seem to be any big storyline — I don’t know whether eventually there’s a “final” quest or any sort of story development, but it doesn’t look like it so far.

Also I’m taking Dokapon Kingdom IV off the list; I was hoping to cover it because it does look interesting despite not really being an RPG. But it requires at least 3 people and you have to use two controllers even if you have computer players. I’ll keep an eye on some of the other board game RPGs on my list and see if any of them can be played with less annoyance.