I finally succeeded in getting what I needed in the ruined town. At the bottom, we find Kurisu’s father, but he’s dying. He was trying to stop Irion from reviving the evil god Ivas, but he dies. He does give us the item we need to kill the vampire, though. 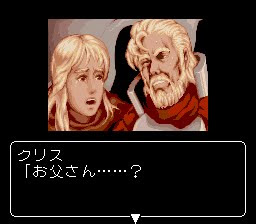 The next dungeon is harder because you can’t warp out of it, so you have to be a lot more cautious in exploration. I had to move up a few levels while exploring until I reached the vampire lord. 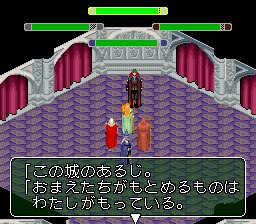 He’s tough; he separates into bats and then poisons us. Kurisu mostly had to do healing duty, but eventually I won. Now we have the last part of the staff we need to revive the goddess.

Time to do the ritual!

But no, Irion comes in and destroys the staff, also hurting Kurisu. 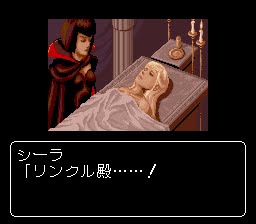 Now the remaining members have to go out and find a way to restore Kurisu, which actually just involves repairing the staff. The Dwarves send us on a few fetch quests to do this, one of which involves going to a Hobbit village (the Tolkien lawyers can’t read Japanese). One of the Hobbits wants a lottery ticket; you can’t solve this subquest until very late in the game and all it does is give you an item that increases your XP by 1 when you use it.

So let’s just take the staff, go back and restore Kurisu, and continue on. Now that we have the staff, we can finally bring the goddess Shurel down. 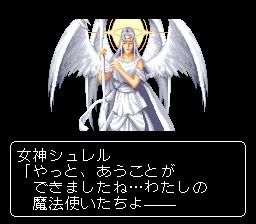 Unfortunately she doesn’t have much power, so all she can tell us is go seek out the Elves to fully restore the power of the staff. This involves going to an island, with the help of mermaids. 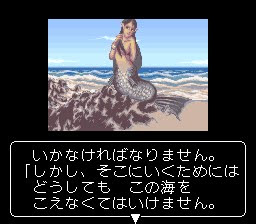 The mermaid sends us on a fetch quest for a flute to calm the seas so that we can go out on a ship. The tower isn’t too tough, but once we go out in the ship there’s a hard octopus boss. I had to level a bit to beat him, but finally we’re to the island. The island holds an illusionary garden where only magic users can go, so we lose Soldick for a while in favor of a useless elf. This dungeon also required a lot of grinding and leaving the dungeon. 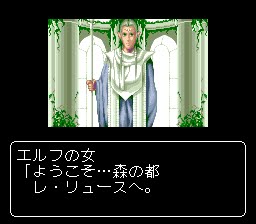 Eventually, though, we recover the power of the staff, and it’s time to head to the final dungeons to defeat Irion and prevent the evil god from returning.

At this point I used a cheat code to level a bit because it was clear that I was going to have to do at least 10-15 levels of grinding to beat the game. There’s an optional dungeon that has some useful equipment in it that I cleared next, and then it was time to go to beat Irion.

We also learn here that the one who was going to revive Ivas was not Kurisu, but the other character I have (Fredia) who is actually Kurisu’s brother. Irion stole his arm (!?) to weaken him, but having beaten Irion he gets his arm back and is back to full power.

Unfortunately beating Irion is not enough because Ivas has already returned. So one more dungeon to go. 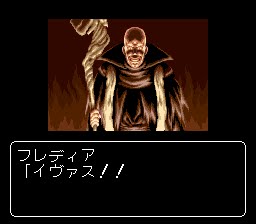 Ivas himself appears in two forms — a human form, which is not very hard, and a demon form, which is. Fredia has to keep one part of the demon form occupied while the rest of us take on the boss. 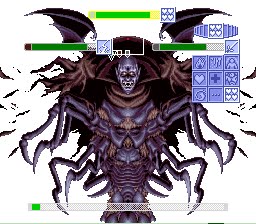 I leveled to 50 (max) and still had a hard time beating him. Using items is very awkward and so it was hard to keep people healed and revived, but I did win after many tries. 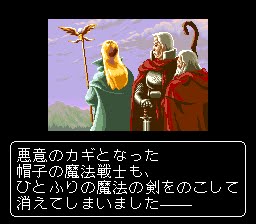 Ivas is destroyed, the goddess’ power comes down, and we win! Kurisu heads back home to be a local healer. Fredia seemed to have died, but… 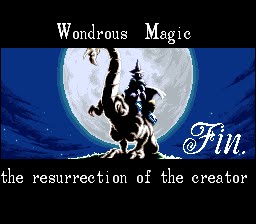 In the end he survived.

This is a pretty average game, wrap-up will be next and then Ys IV for PC Engine.