Chapter 4 – The Great Fortress of Balbazak

We come to the moving town of Pao, which is a carriage or train that moves around from place to place. The story borrows (perhaps) from Fire Emblem in having Elliot, an enemy commander who hates Darksol but still supports Runefaust, so we have to fight him. 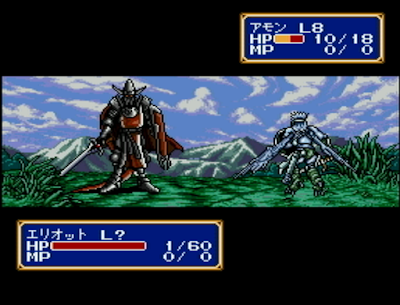 Elliot is the hardest boss so far, but he wasn’t too bad. I think in general bosses that have no area-effect attacks or other annoyances can’t stand up to the full assault of your forces (a similar problem happens in a lot of SRPGs). 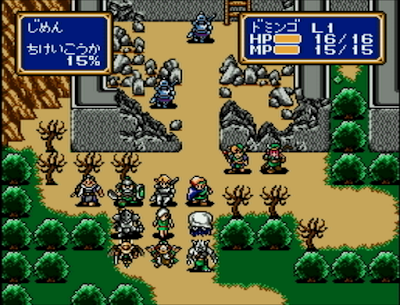 There’s my part at this point. I decided to only promote units that needed to promote for equipment, otherwise to wait until level 20. This was possibly a mistake — one thing I don’t like about this game is how much of a stat hit units take on promotion. I basically could not use Zappa (Zylo) or Bleu after promotion because they were just too weak and I didn’t want to have to do the acrobatics that would be required to level these guys doing 1-2 damage a hit and getting instantly killed by most attacks. I really hope this aspect of the game is tempered in the sequels. I also decided to use only at most one of each class (Gort is promoted here).

The battle itself is easy; having flyers like Kokichi and the wing unit help a lot.

Now we are at Uranbatol for the ship. Of course, there’s a fight at the docks. 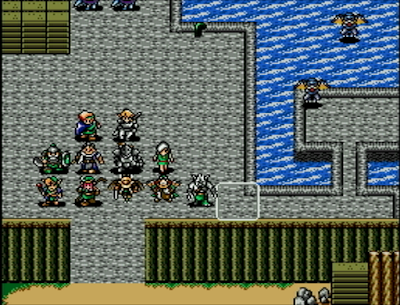 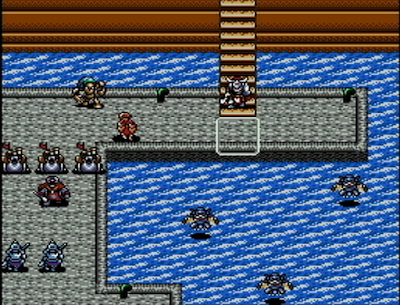 There are the usual challenges here of protecting all the guys from the flying units. The hardest part is probably those three artillery units above the Dark Priest. But as usual losing a couple of guys isn’t that bad. I ended the game with 250,000 gold and even at the end of the game it was costing about 250 per person to revive.

The boss won’t move even if you use distance attacks, so you can guess how hard he is.

Now we have a ship!

Chapter 5 – Gateway to the Hidden Shrine

The ship gets beat up a lot by successive ship battles which always send us to a place we don’t want to go. 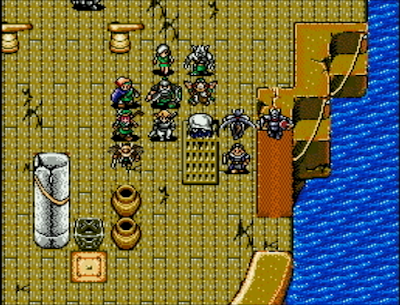 Still the same party. And a really easy stage.

Now a mermaid invites our hurt group to Waral. 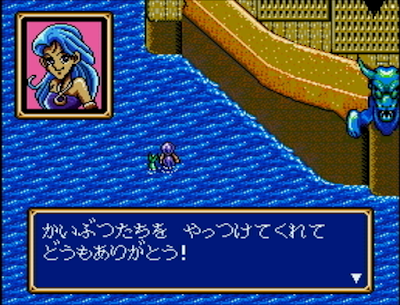 And I decided to promote the Hero, giving him a new face. 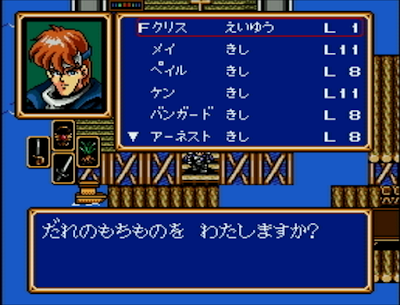 The Mermaids and the other people who live on this tourist attraction need us to solve their problem, so while the ship is being repaired let’s do it. 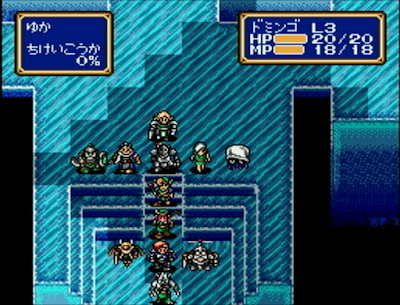 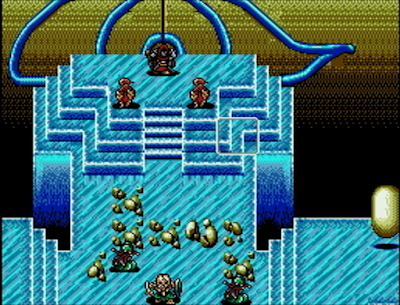 The skeletons are somewhat stronger but my party is still pretty good so no big issues.

Back to the ship….which gets attacked again. 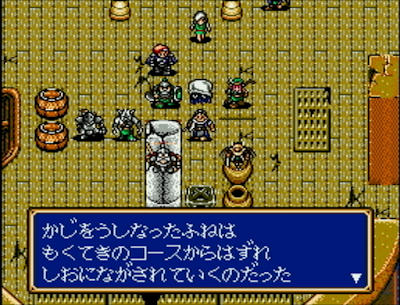 Same party. This is an easy battle but I actually had to retreat the first time because I charged ahead too much. This is (I think) the first stage where new enemies appear during the battle. The reinforcements aren’t hard, but if you’re too far down the stage dealing with the initial enemies they might cause problems.

Chapter 6 – Descendant of the Sacred Dragon

We end up in a strange town where children seem to control most of the place, and learn about a friendly dragon that we have to go save. 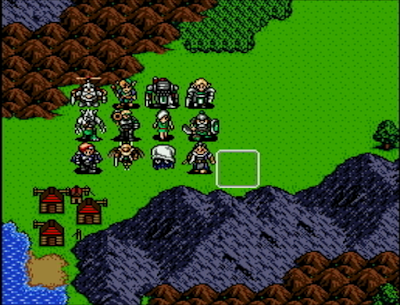 Finally a new party member, Lyle. I subbed out Diane for the mounted archer. Still mostly unpromoted. Arthur is a very poor unit that I’m trying to build up because people say he’s the best centaur knight. Ultimately I will ditch him because he just doesn’t advance fast enough.

The main annoyance of this battle is the terrain, and making sure your units don’t advance too quickly and leave the slow ones behind. 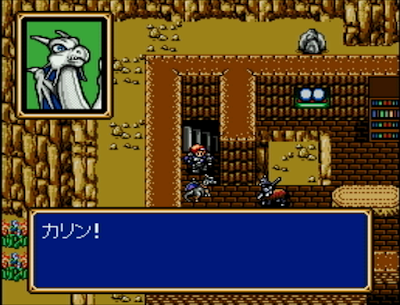 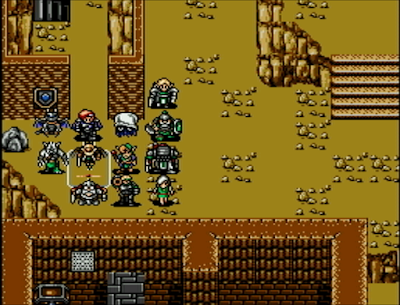 And another new party member, Bleu (or Baryu in Japanese). He starts out pretty good. Unfortunately once I promoted him he did 1 damage to everything and died in 1 hit, and I never even got him to promoted level 2 even though I used him in every battle.

The main difficulty here is Cain, the hardest boss yet. I guess I got lucky because his insta-kill “sword of darkness” never worked, and he tried to use it about 3 times. Those free turns were very useful given his fast regeneration.

Cain had been controlled by Darksol, but now with his help we can open the Dragon shrine to try to protect the book of secrets…of course Darksol was just waiting for us to do this so he could steal the book himself. Mean. Now the only option left is to find the Chaos Breaker to deal with Darksol and the Dark Dragon.

Another tough terrain map. Same party, not really that different from last time. 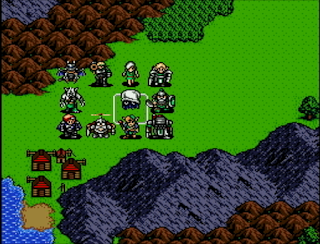 We go to Mishaela’s castle. This is one of the toughest battles in the game, I think. The difficult part is Mishaela herself, who is at the empty spot in the center below. 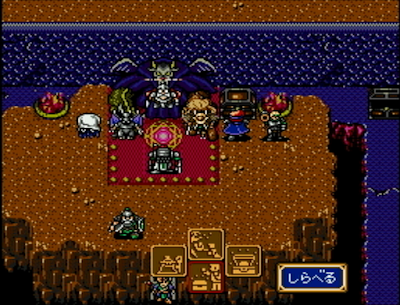 Only one short range fighter can fight her at a time unless they are flying. She has a large HP regen, does pretty strong damage spells, and has an unusually high defense as well. This took me several tries and some lucky criticals to beat.

Two chapters left! I already beat the game so the next post should be up Saturday and then the wrap-up soon after that.