This is another dungeon map, so only the commanders can fight. It turned out to be quite annoying.

After some fights to get items, there’s a third fight that has monster lairs and monsters. I fought through using a lot of magic, figuring I would go back and heal before moving on. Unfortunately this fight doesn’t disappear when you beat it. So you have to beat this and the ensuing boss without going back to town. Since I had no idea how hard the boss would be I tried to beat the stage using as little magic as possible. I failed 3 times trying to split my party so in the end I just sent everyone over to the right to beat those lairs, then up to seal the rest.

The boss turned out not to be as bad as I thought. After using 4xBuraizer and Kururein to take out the grunt enemies, for the boss I just set up as follows: 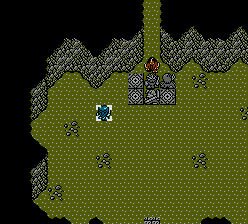 Every round I attacked with the three people up front and healed with Lydia.

The upside of having to do these battles so many times is that I gained a bunch of levels.

This is the last overworld fight with the troops, and it’s a tough one. By the end of the first turn, Duval’s entire squad was gone and Rolan had lost most of his troops as well, so I decided just to try to get Kurisu up to the town at the top (Rumble Bill). 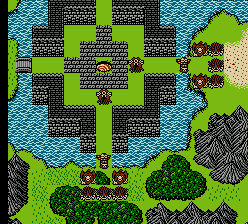 This turned out not to be all that difficult; I did lose the majority of my forces but Kurisu made it. I just made sure to move him forward every turn and use powerful spells and focus on healing Kurisu. The monster dens are off to the side and don’t produce many monsters.

Kurisu is alone for this battle against 5 clones. It’s a repetitive battle but just keep healing; the enemies usually don’t heal enough to keep up. 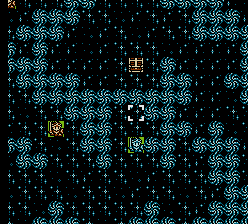 The rest of the game is a series of battles in the Rumble Bill tower. As usual, there are a lot of chests with good weapons and armor. You can’t leave the tower once you enter, but there are shops and an inn. 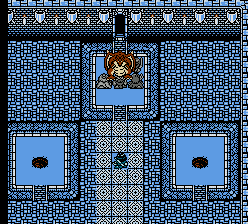 First up is the Red Dragon (after a series of normal enemies and lairs). The dragon’s fire breath can be circumvented by the setup at the top, since it only hits people outside of the starting range. You get the Light Sword (which damages all enemies on screen but not for much) and the MP Ring, which restores MP, very useful for Lydia. Next up is the same fight but with a Green Dragon. 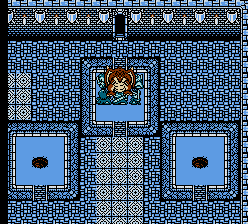 This is harder because the tornado attack doesn’t have the range problems that the fire one does, but I only lost Hans (twice).

Next up are similar battles against a Blue Dragon, who casts thunder, and a Snow Dragon, which breathes cold. The Blue Dragon fight is not tough because he can only hit one person at a time. The Snow Dragon battle itself is hard because there are tons of enemies that use whirlwind and frost breath. Lydia with the MP Ring is a big help because she can heal frequently; there’s another MP Ring that I gave to Rolan, who used the Bunsheed spell to do 4 attacks frequently. The dragon itself is basically the same as the Red Dragon.

Now it’s time for the penultimate fight, against Gel Du Ray. This is a much tougher fight than any of the previous ones in the tower. You basically have 6 bosses that are at the strength of the dragons you’ve fought up to now, with a monster lair spitting out Wolfens (that cast the Tornado spell). 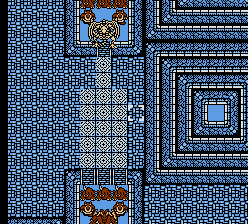 I was not impressed with the Light Sword because of its low damage, but with the Bunsheed spell it goes off 4 times, which is much better. I basically used up all my MP clearing these first two bosses. The Wolfens that come up can sometimes be thwarted with the MP stealing spell, but in some sense I just had to take the hits. Lydia had one MP Ring for healing, and Kurisu had the other MP ring for repeated Bunsheeds with either the Light Sword or the Just Spear.

Next up is the area with the monster lair and three additional bosses. 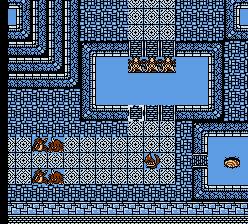 They cast a lot of spells and have too much MP to deplete, but I found that once I sealed the lair and it was only them left, they couldn’t really do enough to stop me from killing them. I then swapped the MP Rings around to restore everyone’s MP, and went for Gul Du Rey. 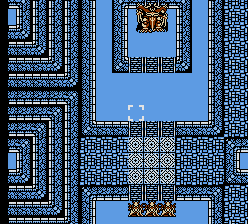 With full MP, he’s a complete pushover; he has a few nasty spells to cast but with multiple 4x attacks coming at him every round he goes down quick.

Next up is the final battle!

This battle is just two bosses. The first is just a normal guy that casts the same familiar spells; he goes down quickly. 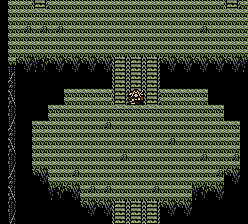 It should be possible to retreat and restore MP by swapping around the rings like in the last battle before taking on the real final boss, but I didn’t do that. 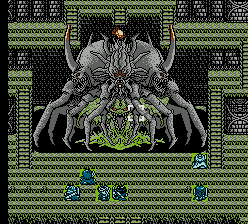 You have to beat the green face in the front and the two red things at the top first, and then the orb. The boss initially has 4 attacks per round, although each part destroyed takes off one attack. Once only the orb is left, the boss’ main area gets stronger spells. The spells are the usual fire breath, and thunder (multi or single hit). I split the party up and alternated between healing, attacking, and using Hardy or the Warrior Wine (which increases damage for two turns). Every so often someone would die, and then Life Herb brings them back. 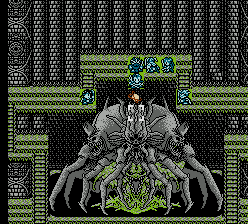 Once only the orb is left, I was only able to attack him with three people a turn, so the other three used healing or Hardy to support the main guys. Ultimately it wasn’t a tough battle. 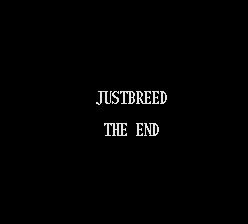 Finally Just Breed comes to an end. I’ll post the wrap-up on Wednesday.