The last five stages actually have some element of storyline, though not a whole lot. My goal for my units was to get some dragons — by the end I managed to get one, and two cyclops, which was enough to help out a bit in the missions.

Dracula is hanging at the back but the boss is actually Medusa. There are hidden mines on the floor that hurt anyone stepping on them (including enemies). When I saved and reloaded my save later, all my units were back at the beginning (but with their XP intact and the enemies defeated) and all the mines had been sprung. A bug, I guess. 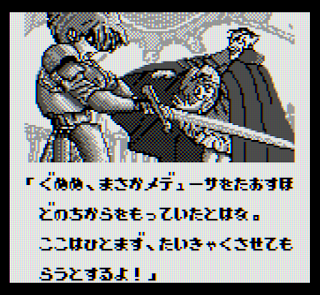 The trick in this stage is that all the flame squares do 5 damage a turn until you beat the Hell Crab on the right. 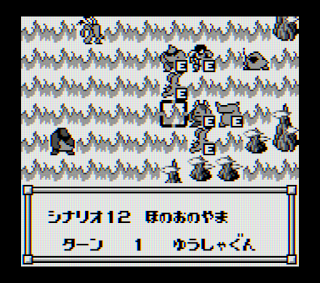 Once the hell crab is gone, Dracula is the boss at the top left.

This stage has a sword that the Hero can get, after beating the Sword Guardian, who then joins your team (his name is “Arabia”, you can see him in the picture below). The sword then makes the hero always critical hit and do a lot of damage, so he’s obviously the most effective fighter for the rest of the game. 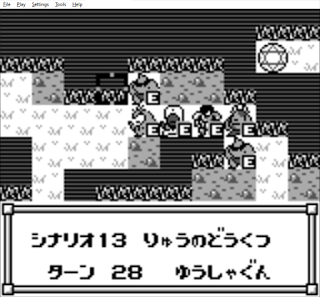 The boss is a Hydra. This has to be the most pathetic looking Hydra I’ve ever seen. 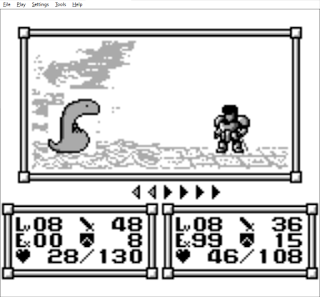 Afterwards we reach Gezagain’s Castle, and he sends a Demon out to fight us. 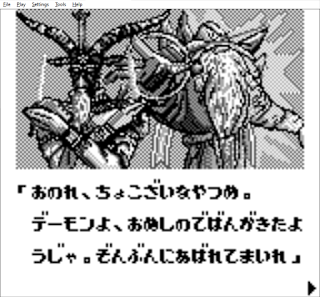 Stage 14 – Castle in the Earth

Finally we’re at Gezagain’s castle. But seeing that he’s hiding behind another boss, we know he’s going to run away. This castle has warp tiles that send the units around to different places. If a unit is standing on the tile the warp would take you to, it has no effect, which makes the stage somewhat annoying.

Afterwards, Gezagain runs up to his cloud castle. 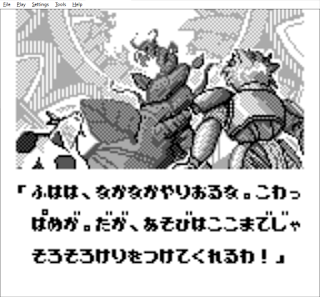 Stage 15 – Final Battle in the Sky 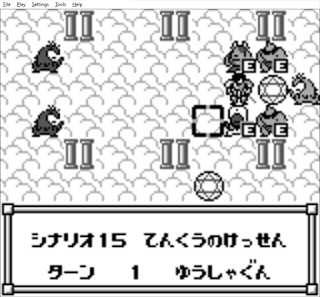 All the monsters in this stage are dragons, but there are a lot of hexagrams so it’s not too bad. The final boss has two forms. 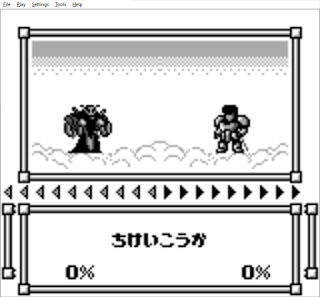 The problem is that if you beat the first form on the enemy phase, it screws you over. He immediately gets a free attack in his second form, then for some reason it’s back to the end of your phase again and he gets another attack. So I had to make sure it wasn’t the Hero who beat him, so that whoever did beat him could die without game over. 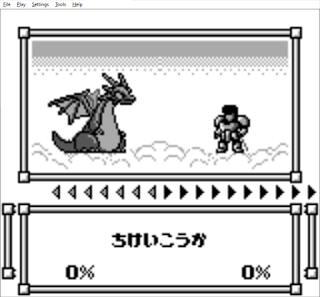 Gegazain’s second form is a big dragon. Once he’s defeated, the game ends. 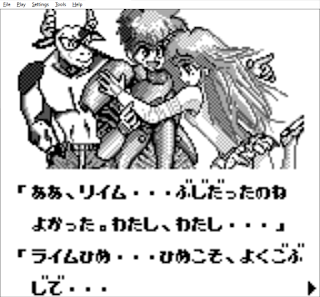 Our hero saves the princess, and returns to the castle.

So that’s Little Master. I’ll say more in the wrapup but basically, it’s not really worth playing now but I can imagine it was a fun game to take on the road with you in a time where there weren’t a whole lot of RPGs (and no SRPGs) for the platform.