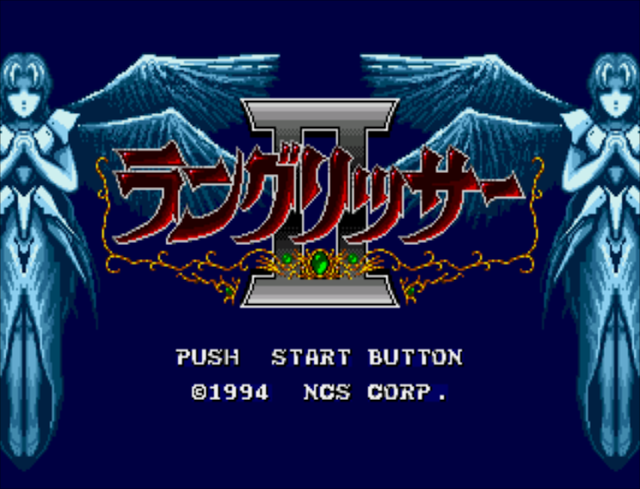 I decided in the end to play the original version of Langrisser II first. There are at least four significant later versions of this game:

Langrisser II sticks the closest to the original game. A number of the changes made since Langrisser already appeared in the PC Engine remake of the first game (like the hidden final classes, the shop, and the spell system) so this game feels very familiar to me.

Some of the changes from L1 PCE: 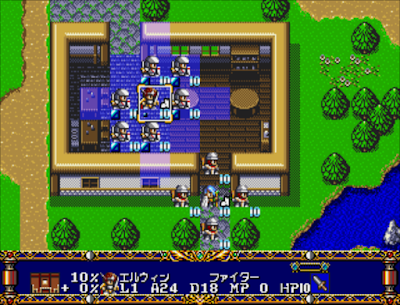 This stage is somewhat like L1’s first stage in that you’re not meant to kill all the enemies; your main goal is just to stop Baldo from escaping the map. I took out the units near the starting point and then used Elwin plus Hein’s magic missile to take down Baldo before he retreated. I actually died once, but you can save any time you want so you don’t have to go back very far if you lose.

Scott joins the team. Here, too, you’re not expected to kill everything. There are strategies on how to do so but I just followed the story and escorted Riana out of the back entrance. The only wrinkle is that there is a hidden item (speed boots) so first I had to take Elwin down towards the tough enemies to find it. The annoying part was that Rolan’s soldiers kept standing on the spot where the item was. I had to reload once because I was running out of time, but eventually I snatched it up and then headed north to complete the scenario. 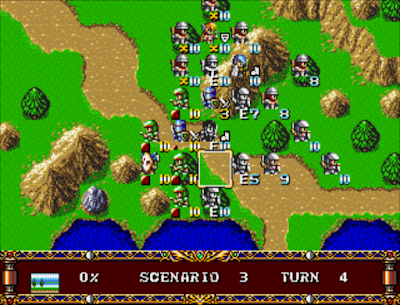 We’re still escorting Riana. The enemies on this stage are pretty easy so it’s good for levelling — I got Hein up to his second class (I went with Warlock) and Elwin to level 9. Sherry comes in to help with the boss. 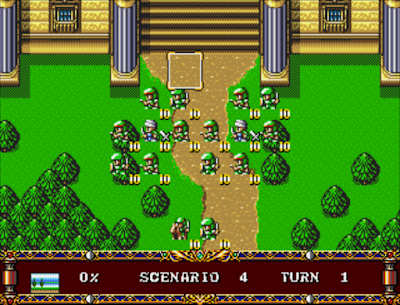 In this stage we have to protect the head priest of the temple. This might seem imposing but for me the enemies never even reached him. Partway through the map Morgan charms Riana and she starts attacking, but she mostly went after Hein’s troops which weren’t doing much anyway. Sherry comes in after a while which clears out most of the top enemies. Elwin lost all his soldiers and I took him by himself up to recover the hidden Angel Wing — fortunately Morgan chased him and wasted his turns. I was not able to beat the horse knights with my forces so I just took out Morgan. Sherry classed up to Shaman and Elwin to Knight. I plan to make most units get their secret classes, but I think I’m going to make Sherry a Dragon Lord. 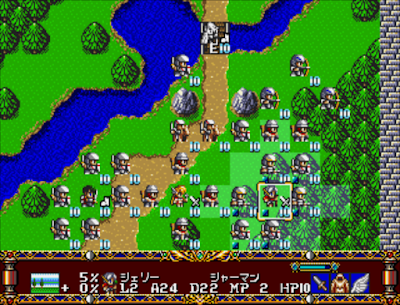 In this stage several squads run away to the north; I wasn’t able to chase them down. The main enemies here are werewolves but they aren’t too bad. The horsemen I now have with Elwin help against the soldiers and such. 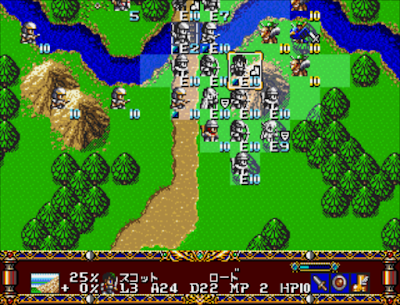 I split my guys into two on this stage. I had Hein with his bowmen go after the fliers, and later the Assassin reinforcement with help from Keith (who shows up as an NPC). The rest of my force went after the others. Once I had the battle under control I sent up Ledin by himself to get the Runestone hidden at the top left. All this does is let you reclass by sending you back to your default class; given how long it takes to level this seems counterproductive but I guess if you keep your spells and stats it might work?

The bowmen in general are quite useful — I don’t remember them being able to attack from a distance in L1 but I may just have forgotten in the year or so since I played the game. 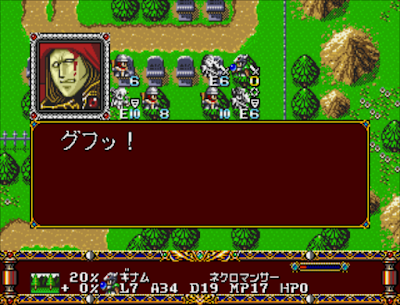 Finally the guardsmen are useful! This stage has a bunch of slimes and zombies. I took the chance to level Riana as much as I could, and she was able to change to a Healer. Now she has monks but there aren’t any undead in the next stage so I don’t know how effective they’re going to be. There’s another hidden item here but it’s actually in the immediate area. I once again split my team, taking Hein and Scott over to the right to deal with those enemies.

The game has 27 stages so this is about 1/4 of the way through. It’s fun so far and not too difficult although I imagine the difficulty will increase later.