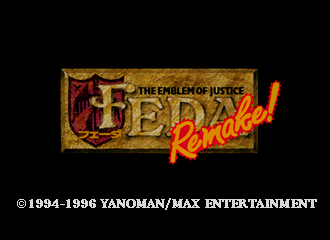 This game was made by a number of the developers from Shining Force, and there are a lot of similarities between the games (such as the races, the equipment, 100 xp = level, no counterattacks, and such). There are a few important things unique to this system, though.

I have not seen the turn order system used in any other game. Each unit gets one move a turn, but you and the enemy take turns moving units of your choice. If you have 4 guys and the enemy has 8, you move one, then they move 2, then you move one, etc. until all the units have been moved. This is a little more predictable than a speed system but you have to be careful that you look for which units the enemy might be moving.

The game takes place in twelve “areas” which have maps like this: 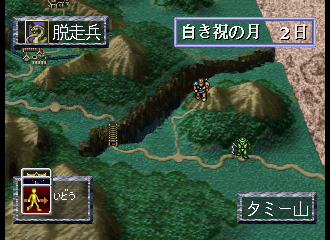 You move from place to place, and enemies move as well. Additional enemies will come out of forts and such, so if you stay in one place you can grind.

But you might not want to, because the third significant gameplay feature is the alignment system. Your group has a rank that reflects their reputation (as a deserter band of rebels). There are nine ranks — four chaos ranks, one neutral, and four law. The rank is based on a hidden value called “libra”; the higher your libra, the more Lawful the rank. The rank will affect which characters you can recruit, and the ending. Characters can also leave if your rank changes, so if you start off Chaos but then try to get back to Law you may lose some of the characters that joined you. 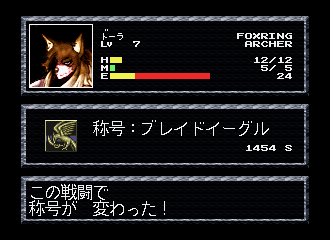 The main way to affect Libra is the “mission” in each battle. Battles can end by defeating all enemies, but most battles also have an alternate win condition (like “escape to the north” or “kill the leader”). If you do the alternate win condition you gain libra and get some bonus money and XP. If you just kill everything instead, you lose libra. You also lose a small amount of libra for every kill, even if the battle requires you to kill the enemies.

I am playing the Saturn remake (on the mednafen emulator). It’s pretty similar to the SNES one — they added voiced sections (where the voice gets out of sync with the pictures), tweaked the balance a bit, added one extra character, and a few small changes of that nature. 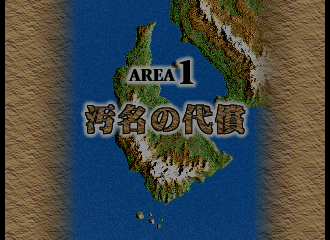 The main characters, Brian and Ain, decide to defect from the Empire when they’re tasked with slaughtering a village of civilians. The first area finds them escaping from the Empire while trying to leave the continent.

Four battles is the minimum:

I had the rank of Blade Eagle (the first Law rank) after this. 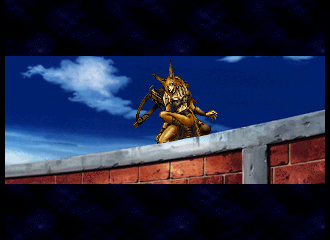 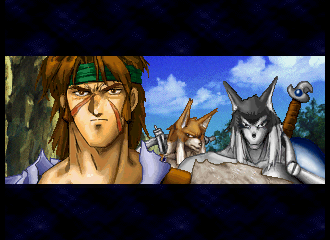 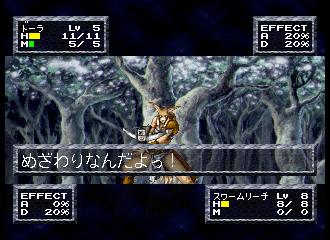 Brian and Ain fall in with a resistance group and eventually meet their previous commander, who is creating “demi humans” out of civilians in the area.

After this area I was at Valkyrie rank, second from the top. 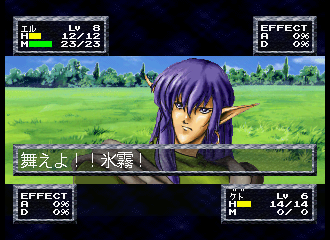 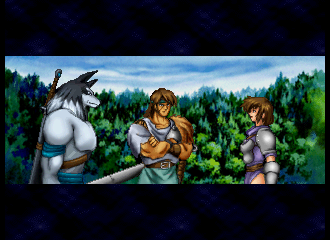 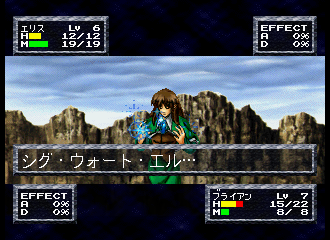