I found out late in the game that I was inadvertently cheating. The game has an in-battle save, but since it takes a long time to reset the game and go through the opening, so I used save states instead. But I noticed yesterday in the instruction manual that this in-battle saves starts you back at the beginning of the battle, not where you saved. So I’ve been cheating the whole time — but I’m not sorry. As slow as the battles are in this game, I would not have wanted to start over every time (especially with all the one-hit kill enemies). 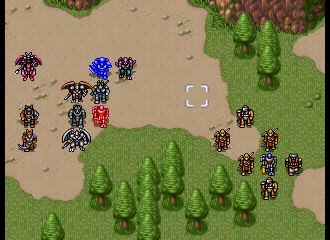 This area has to be done without Brian, but other than that it’s pretty much the same as the previous areas. The annoyance of enemies that can kill your guys in one hit continues. 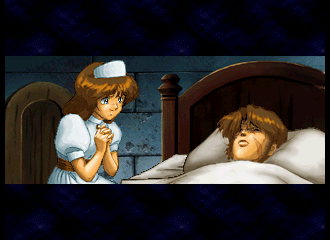 The main battle in this area is the final one against Rasetsu. It seems like a lot of SRPGs have one off-the-wall battle that makes you wonder what the designers were thinking. Rasetsu can only be hurt by Tobikage, who does about 6 damage (out of 70+ HP) per hit. Rasetsu’s attacks will kill Tobikage in one hit. Even though Tobikage can dodge things, he’ll never dodge 6-7 times in a row. Rasetsu will only attack Tobikage, though, and only if he’s in range. So what you have to do is wait until Rasetsu wastes his turn, then attack with Tobikage, then the next round move Tobikage out of Rasetsu’s range, and repeat until he’s dead. Annoying. 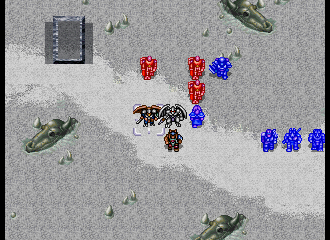 The boss of this area is Flare. She is a magic user, and because magic is weak she’s not very effective. Her only sticking point is the Death spell that reduces someone to 1 HP. But because that takes her turn, as long as there’s not another enemy to come in and kill the 1 HP guy it’s not too bad (and you can always use a Survival Pack heal item after her turn). 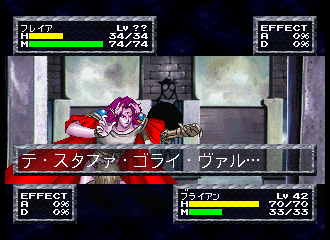 This area ends with a 1-on-1 fight with Task and Brian. Brian can’t be one-shotted by Task so just use two of Brian’s super moves and he’s gone. 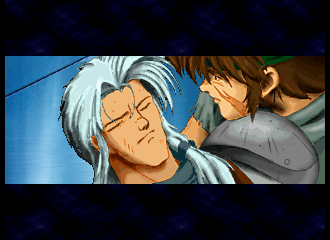 The final area has three bosses. They all have basically the same strategy — kill most of the enemies (or all of them if you think your Libra can hold) and then take the boss on. Of course all the battles have insta-kill enemies. But the bosses are not so bad — like in a lot of strategy RPGs, most bosses lack the power to take on your entire force by themselves.

The final boss is a bit different — I could only do 3-4 damage per hit to his 96 HP. Fortunately he uses spells that aren’t very strong. But then one guy got a “Super critical” that did 80+ damage so I was able to take him down. 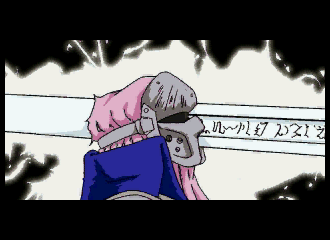 The game ends with another anime sequence, and then an ending that depends on your Libra ranking — I had the best so I got the best ending, although it’s just text. Then there are more evil dudes lamenting that Cobalt (the boss) failed…and TO BE CONTINUED (on the Playstation in a few years). 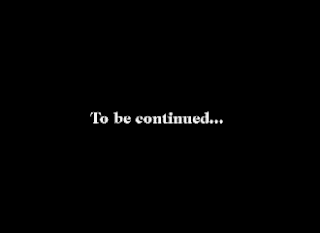 My quick review is that this game has a lot of good ideas and innovations, but is too slow and repetitive. I’ll write a more detailed wrap-up later.