Sadly, this is a bad game. It’s a shame because the story is quite interesting, especially for its time — it’s in the top tier of the games I’ve played so far storywise. Unfortunately this is paired with a horrifically bad system. I’m having a hard time deciding whether this merits inclusion in the shit list (along with Light Fantasy and such). It probably does, since I’m probably not going to finish the game, but more about that later.

Kurisu is now 17 and a mid-rank mage. Her next journey is to Towin town, where the priest Lot is investigating something. Soldiers following a rich man named Barone are harassing someone, and after fighting them off she learns that Barone is controlling the town. After being set on by assassins at night, Kurisu and friends sneak into the Bell Tower and make their way down to a hidden castle that comes from the time before the Great Disaster. Barone is trying to break a seal that would bring the evil Beraneed race to the surface, but we manage to defeat him and stop his plans. 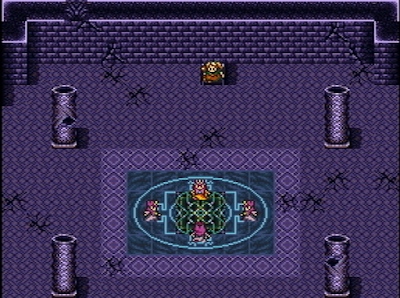 On the way back, we find a wolfman named Baizen who has escaped a slave ship and wants our help freeing other slaves in the north. Kurisu agrees. 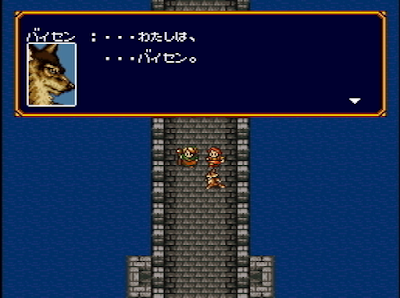 In the northern lands, we quickly defeat the weak slavers in the first town, but then join up with someone else, a Viking-like character named Belial. With his help, we make it through a nearby cave into an old tower from the time of the Gazelfan Empire. 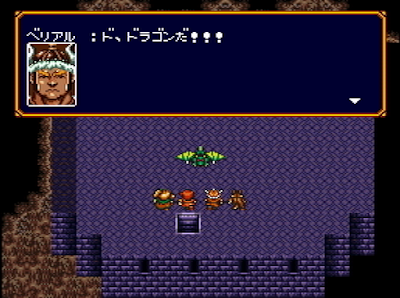 A wyvern is there, who has a message from Kurisu’s father as well as a spell. He tells us people were here looking for a fragment of Bazoe, but if we want to know about this we should go to a desert tower near Zain. Right now, though, everyone returns home, and through Lot’s help we’re able to use the Mirror of Paru to see visions of the future. Kurisu sees herself walking through a cave, a dark-eyed man, and the Beraneed race with a silver thread. She is later promoted to Upper-Rank magician. 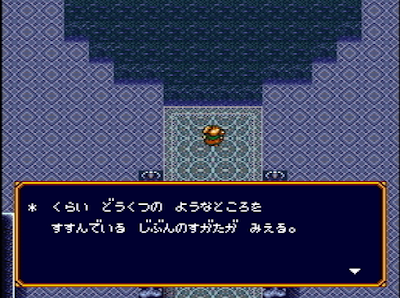 Kurisu’s next task is to investigate an ancient ruins in the Farm area. There’s a really annoying boss fight here because you have lots of guys that cast charm and sleep magic, which are almost impossible to defend against. I had to reload five save states to beat the fight.

Upon investigation, it seems like this ruin was once inhabited by Beraneed race — which is odd because these ancient aboveground ruins from the Gazelfan Empire should not have been used by the Beraneed, which are a subterranean race. But we also save an elf girl, and decide to lead her back to the elf village. 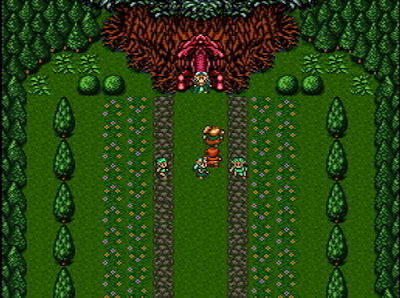 As might be expected, the elves don’t like us but are grateful for the return of the elf girl, who turns out to be the princess of the elf kingdom.

Kurisu is now 18, and she decides it’s time to follow up on what the wyvern told her — to go to the tower in the desert. There, she learns that she’s the descendant of the Gazelfan royal family, which disappointed me a little because up to now the story has not been so cookie cutter. The one who imparts this information is the god Farl, who also says that Ines, queen of the Beraneed, is trying to summon the demon Orhes. To stop her, we need to craft a legendary sword from the Fragment of Bazoe, and use that and the God Eye to seal Orhes away. 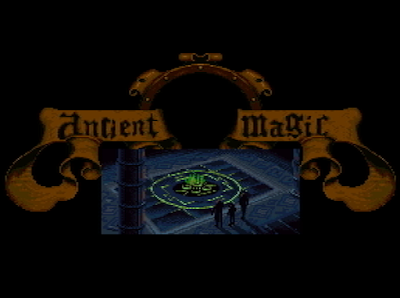 First, we need to gather the support of the other kingdoms to fight against the coming Beraneed invasion. They’re not generally disposed to work together. Kurisu hopes that she can use the Tiara she got from Farl, proving she’s the descendant of Gazelfan, to convince them. The first destination is Saharl, where the evil minister Gain is working with the Beraneed behind the scenes. He imprisons us, but Milene (the thief from earlier), who turns out to be the princess, rescues us. She says something about the “Kurisu plan” from 10 years ago, but doesn’t explain more.

This brings on another bullshit boss fight, where you have 4 guys who can kill someone in two hits, and use sleep/charm magic. I had to buy instant death magic and even then it took many load states to win the fight. But once they’re down, and Gain killed, the Emperor is willing to lend us support. 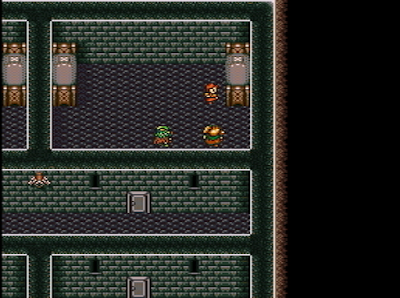 At this point Kurisu gets her last spell from her teacher, and becomes a full magician. She also learns that Seras (the town with the magic guild) has a Bazoe Fragment. The head of the school, Nash, is the one who came to Kurisu at the beginning of the game with Ricardo’s last words — he’s been orchestrating some of the stuff to get Kurisu to find out her true nature. Also, the elf princess was actually captured by his men, in order to create a debt to Kurisu which could be repaid by forging the Gran Install sword from the Bazoe Fragment. 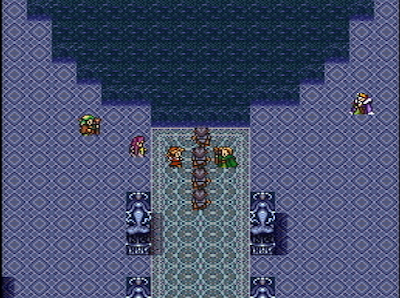 The elf king saw through that stupid plan but agrees to forge the sword anyway. Now Kurisu is ready to choose 3 party members (including the elf king!) and descend to the underworld to defeat Orhes.

And unfortunately, I think this is also the end of my play. Starting from when Kurisu becomes a full magician, the random battles take a huge difficulty leap. I got 8 game overs just trying to reach the elf town to get the sword, and another 7 trying to get back to the initial town. Once I got down to the underground area, I wasn’t able to make it out of the first room without a game over. The story is decent and I would like to see how it ends, especially since there’s some sort of extra story after the endgame. But the horrible system and ridiculous encounter rate are too much to deal with.

However, as I write this, I remember that Richie’s FAQ includes a no encounter code and also one for getting lots of XP after a battle. Maybe I can use these to at least see the end — my updated rules say that if a game has a translation patch I can give up if it really sucks, which this game really does.