The Law-Light path definitely makes this game a lot easier, especially if you got the Eden Bugle and Bell of Revive earlier in the game. With the full army of Angels and the increasing number of powerful weapons and armor you get from the stages, nothing can stand in your way. There are still some tricky parts and you can’t just move your units with no thought at all, but it’s not very hard.

I feel like the way to play this game that would offer the most strategy would be to take the Neutral route, which blocks you off from all the broken bonus units, but gives you the widest freedom in recruiting and fusing demons. Even if you did take the Law-Light route, not having the Eden Bugle and Bell of Revive would give you about half of the angels; enough to give you an edge but not completely break the game (maybe).

This is the Angel place. I messed up the turn count on the first one but didn’t want to restart. 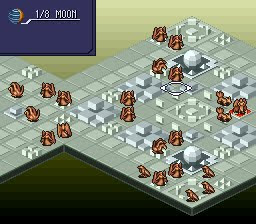 There’s not too much to say about the stages here — they’re all fairly easy with the Angel army. You have to watch out for the birds and foxes that have advantage over your characters. This stage has an optional area: 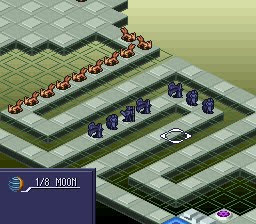 I took a Frei that I had fused, Bishamonten, and a couple of powerful angels. The foxes have advantage but still die to Gabriel or the like.

The final scene is where the Angels really show how overpowered they are. In contrast to Amnesia, Paranoia is covered with terrain that slows your movement to a crawl, and lots of damage floors. To clear the stages in the time limit for the bonus weapons, you basically have to move your main character towards the enemy base as far as you can every turn, and you’ll get there with one or two turns to spare. Of course, having eight flying Angels makes the terrain a joke since they can go anywhere. 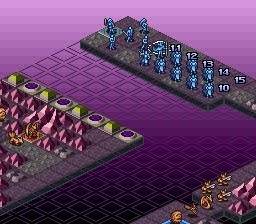 The stage in the picture above has a mean trick. By this point, most of the human characters are useless because I made sure Naoki got high enough levels to recruit good monsters. So I left them at the start here — unfortunately those generators make hydras starting around turn 5 that can attack across the void. So you have to move the weak humans to the bottom right. 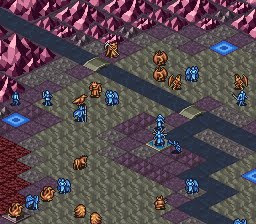 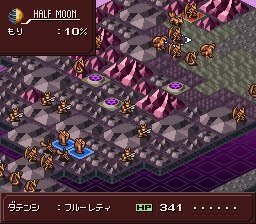 In the two pictures above you can see the nasty terrain. The bottom one is especially bad. When they give you 30 turns for the optional weapon you know it’s going to be rough; those mountains are 1 space per turn. I made it on turn 30 exactly. 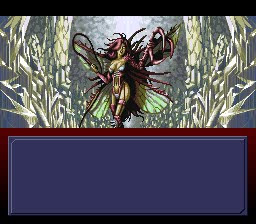 The bosses are all fairly easy; my main character was so powerful by this point that I could just attack once with Michael or Gabriel and then have the main character finish the boss off with a double attack. Once you beat all the demons here it’s time to go to the final boss (at least on the Law Route), who is Satan. 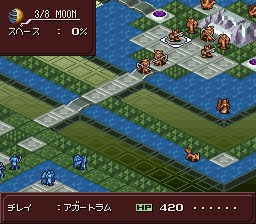 This stage doesn’t have the rough terrain, but it also has no occupy or time limit; all you have to do is beat Satan. I imagine that just sending Michael and Gabriel up there would have finished it pretty quickly but I thought I still had one stage left (there is a stage after this for the Neutral route), so I killed everything and had Naoki finish off Satan, who really couldn’t do that much.

So the timeline is restored, DIO is possibly dealt with, and Karen finishes her mission. You also get each of your demons to give a farewell message. 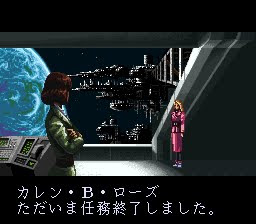 Like I said, I think this game would have been more strategic without the broken angels but it also probably would have taken me another week at least.