Scenario 16 – In the Darkness

The dragon from scenario 15 fled wounded, and Ledin chases after him to his cave, to deal the killing blow. This stage is 5 player squads vs quite a few enemies, but many of them start far away from the heroes, and the dragon is directly ahead. 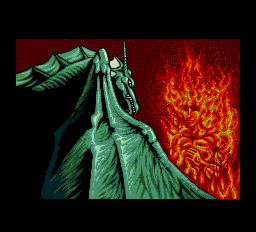 I actually decided not to grind this stage for XP and instead went for the dragon right away — I still ended up killing about half the enemies on the board. There’s a chest that has a Dragon Slayer in it, that works only for this stage. Tyler got it, but Ranger Namu did so much damage it wasn’t necessary. And thus the Dragon goes down. A soldier finds a tablet with some old writing on it, that says Bozel tried to envelop the world in darkness but Sieghart, the king of Elsreed, used the power of Langrisser to seal away the darkness in Velzeria. Since Bozel is back, we need to do the same thing.

Ledin and his forces head to Velzeria to seal the darkness away again. The title of this mission is different from the Genesis version and there seem to be other changes as well, mostly to bring Bozel and his underlings into the story earlier than in the Genesis version.

Nicholas starts by taking over Chris’ mind, causing her and her troops to attack us. This stops when we take out Nicholas, so I did that as soon as possible. 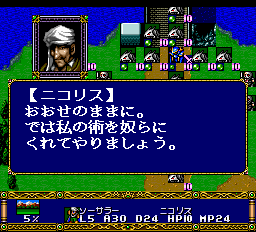 There are a lot of flying enemies in this stage that fall to archers. Nicholas and Nyaga are both here — in general spell casting has gotten a lot more annoying since they can use spells from far away that affect a large range. But I also have Heal 2, Healing, and other spells that make it fairly easy to recover. I’ve started equipping Orbs on both Jessica and Chris every battle, increasing their MP by a lot as well as their range. 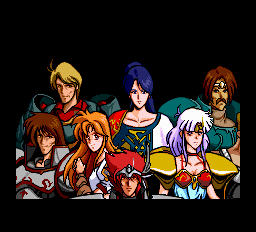 Time to invade Velzeria. This is Nagya’s last stage — he has some new Stone Golems he hope will protect him. They are quite annoying and hard to damage, but they don’t do much in return. Eventually I managed to have Namu take him out. Other than that I’ve just been trying to max the classes of my guys — Chris is now a Princess so all that’s left is Jessica’s Sage class. The other ones I don’t care so much about.

After the battle, an army is massing outside to fight, but Lance decides to stay behind and deal with them while we take on Bozel inside.

This is Nicholas’ last hurrah. Like the other stages there are a lot of spellcasters in here that do wide damage to a lot of people, so Jessica, Chris, and Ledin’s heal spells are effective. Other than that, by this point in the game it’s pretty much the same tactics every map. Archers are particularly good, I find.

Scenario 20 – The Seal of Darkness

The last stage, and fight against Bozel. 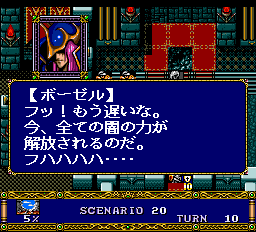 Same deal as before — lots of healing to take care of the spellcasters. I divided my forces into two to clean up a lot of the squads, focusing on the leaders when I could. Sadly Jessica did not make her final class, but it wasn’t necessary. Bozel went down easily to Namu equipped with the Langrisser. Then Chaos appears. Bozel was trying to bring him back, but of course Chaos wasn’t going to be controlled by Bozel and is now fighting us. 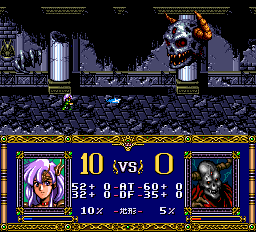 As with all other enemies, Chaos has 10 HP. A combination of Namu, Ledin, and various spells were enough to make a quick end of him. Like many RPG villains he says he can’t die because he’s in the hearts of men, and he’ll be back later blah blah blah.

Now as with Fire Emblem, there’s a brief section showing what everyone does and their final class.

Chris and Ledin get married. 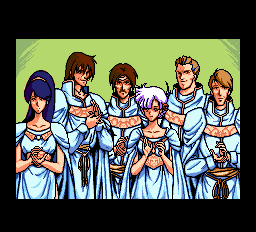 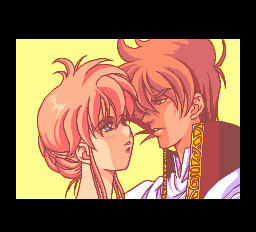 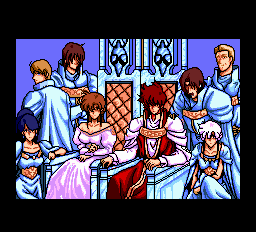 Finally there’s a vocal closing song, which actually is not that common on the PC Engine even though the technology supports it. At the end, there’s a screen that shows your total turns. 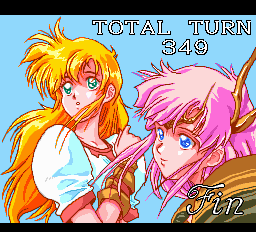 So that’s Langrisser — the PCE version is more different from the Mega Drive version than I thought it was, but that’s fine. The series will return in 1994 with Langrisser II.