One note about this game is that there are no bosses or unique enemies; the villains like Makyuras appear only in the cinematic scenes so at times it’s hard to know what they’re actually doing. Even the final stage doesn’t really have a boss. 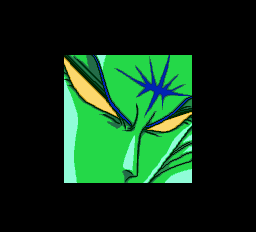 Erioche is not happy with Makyuras for his repeated failures, and once again says that neither Solon nor Vat really matter to him — he’s just trying to relieve his boredom as one of the immortal survivors of an ancient race. Meanwhile, Lady Phantom gets its next mission — defeat the enemies at the fortress of Sanmartanmyu.

There’s nothing particularly hard about this map; you get the special units again that give you an “extra life”. 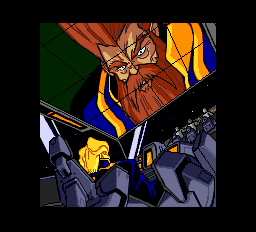 Lady Phantom’s action puts the enemies in disarray. Commander Denai has failed in his attack, but his failure increases when Captain Spahn shows up. Spahn lets Denai know that Spahn and his wife were on the civilian ship Denai destroyed, and then kills Denai.

Meanwhile there’s a fanservice scene on the Lady Phantom ship. 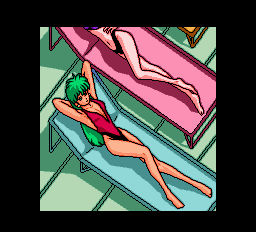 But it’s time for the next mission — defeat an enemy force that’s heading near the fortress at Curlint.

This stage is very small, and once again not too difficult. The “hit all enemies” weapons come in handy here given the small area. 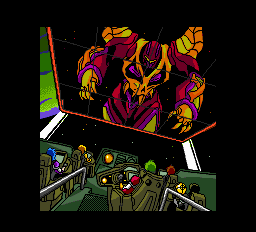 One of Captain Spahn’s men comes and asks Lady Phantom for help — they’re suspicious, but when something destroys the man, Jennifer decides to help them out.

This is another short stage. There are new enemies that are quite strong, but there are also NPC units (Spahn’s guys) that soak up hits for you, so it’s not all that hard. 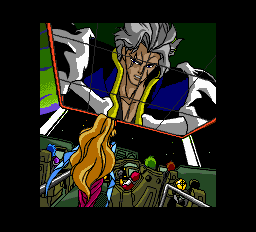 Captain Spahn tells Lady Phantom that these new enemies are pawns of Erioche, who is really just claiming the leadership of Vat — he’s not native to Vat and is just using Vat and Solon for fun. Of course the Lady Phantom people are pissed off at this, but fortunately Spahn knows where Erioche is. Lady Phantom has no orders to go there but they decide to break off from Solon and try to defeat Erioche. 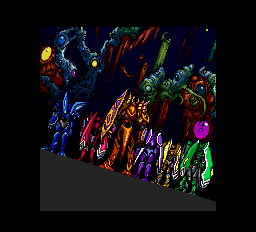 On the planet’s surface, Jennifer reveals to Spahn that they actually aren’t in their mechs. Instead, part of their spirit enters the mech while they stay on their ship and control things. They warn Spahn not to die protecting them (because they won’t die even if their mech explodes). You do get to control Spahn in this final stage.

This is the last stage, and it is much more difficult than any of the preceding ones. You have to make it through three levels of a base, with large numbers of the new powerful enemies. Yuubaku (automatic deaths) are frequent, and at least at the levels I was at there was a fair amount of luck involved. I actually ended up using a save state after each level after my first failure, although I don’t remember whether I actually had to load one or not. Because of this stage, you definitely want to level your guys as much as possible in the previous stages and not take any shortcuts to completing the stages.

However, since XP is only awarded at the end of a stage, the enemies here don’t give any XP (I think this was a bad game design choice). So it’s OK to bypass some units here. 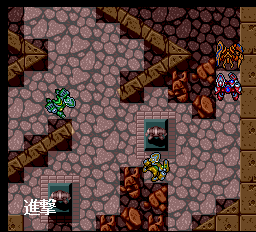 The last map is the hardest one; I don’t have a screenshot of it but one good tip is that you can snipe at the enemies near the stairs to the next level from your starting point. The green mech is particularly good for this. Since all your units will be revived before the final map, as long as you get one unit down the stairs you’re fine. 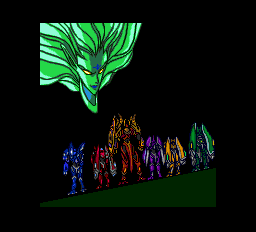 The group confronts Erioche at the end. He’s happy to see the heroes useless fighting, and has two more units for them to fight. They are Royal Guards with high HP, but for me they died in a few hits to Yuubaku (automatic destruction).

The ending is slightly different depending on if Jennifer, Spahn, neither, or both survived the last stage — there’s barely any change. If Spahn survived them Erioche kills him to set up the next scene. 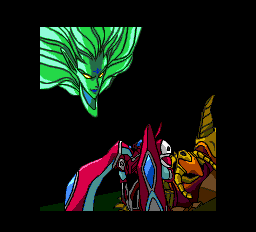 Erioche kills Spahn (or he was already dead) 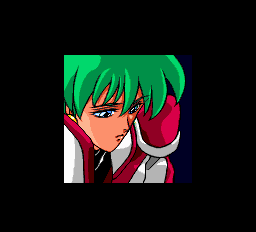 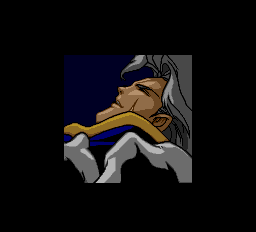 Spahn reveals the truth to Jennifer, that he’s her father. He thought Jennifer and his wife had both died and so joined Vat to get revenge on whoever destroyed their ship. Jennifer tells him to hang on, but he dies. 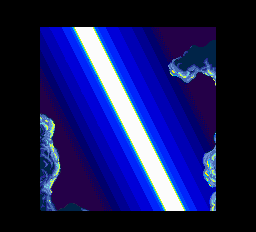 Now Jennifer gets angry, and in an unexplained turn says some sort of magic incantation to call down spirits to vanquish the evil before them. This destroys not only Erioche but the entire planet. As far as I could see there’s nothing in the story so far or the instruction manual to explain or even hint at why this could happen. 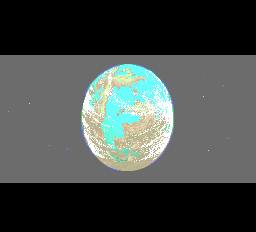 And thus Lady Phantom leaves Galdoba, and the game ends.