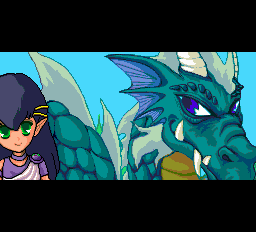 Monster Maker is a franchise that started out as a card game but grew to include a CCG, a tabletop RPG, manga, and such. There were a number of video games based on the franchise as well. The first couple of games used card mechanics and apparently were somewhat innovative, but after that they switched to a regular RPG format. I previous covered the third game in the series, for SNES. I thought it had a lot of potential but was hampered by some poor design decisions, and I was hoping for an improvement. 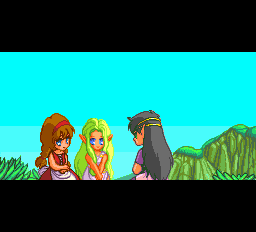 Unfortunately this game is much worse, and is an infamous kusoge for the PCE. It was hampered by a long development delay of 2 years. Even then, when it finally came out it was riddled with bugs, including ones that delete your save games or stick you in impossible to win situations. They even had to include a flyer in the package warning you about one of them. There are also freezes, combats ending for no reason, not being able to move on the world map, and others. Furthermore, the game ends suddenly in the middle of the story with “To Be Continued,” but the sequel was never made. One contemporary reviewer for a PC Engine magazine refused to give it a score because of how unfinished it was.

The early games had a card-based battle system. Monster Maker 3 changed this to regular RPG but did have some positioning elements that made it a bit different. This game goes back to just Dragon Quest II style.

The main character, Laia, is a half-elf who was abandoned and raised in the village of Ferund. She likes talking to the fairies outside of town, but is chased out of town when the town is attacked by other dark-haired elves like her. She is given her mother’s circlet and has to go on a quest to find the truth of what happened and her background. 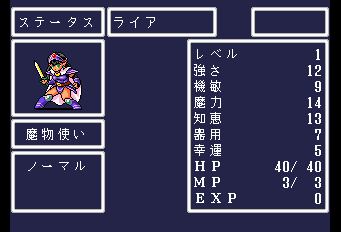 She quickly gets two kobolds and a fighter named Mary in her party — the Monster Maker title means that there is some monster recruiting element, but like MM3 it’s poorly implemented and not necessary to use. 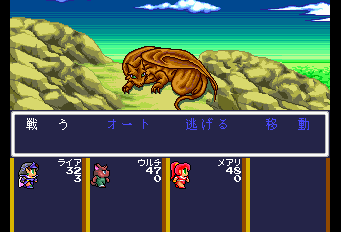 There’s a fair amount of voiced dialogue with some big name actors, so that’s probably the high point of the game.

In order to reach the elven village, she first has to pass a barrier station. But the leader of the station won’t let her pass until she investigates what’s going on in Derius Castle. At the same time, a dragon egg she got in the mountains hatches, giving a baby dragon. 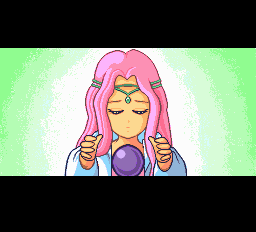 This is basically where I stopped. The Derius Castle part requires you to go through 3 dungeons with no opportunity to heal or save. Healing items and spells do very little and I could see this was going to take a fair amount of grinding just to get through this introductory part, and with the game’s reputation I see no reason to do that. 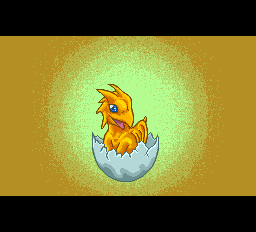 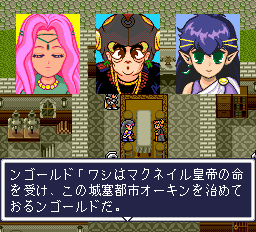 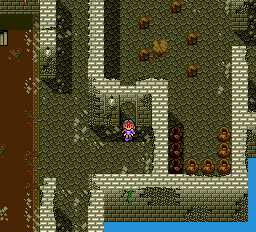 After this game, it was 8 more years before Monster Maker 4 came out for GBA. I don’t know how that game was, but this is the last we’ll be seeing of MM on this blog.