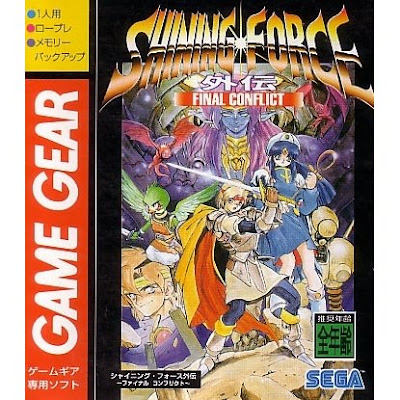 This is the sixth Shining Force game released in four years. If you’ve played another Shining Force game this will be familiar territory. Like the other Gaiden games there are no explorable towns between the battles, just a camp where you can purchase things and revive characters. The plot takes place between Shining Force I and II (the main games, not the Gaidens), and provides a link to those games and also Shining In The Darkness. So it’s probably most interesting to people who have played at least SF1 and 2, since a lot of characters return from those games or at least are mentioned. 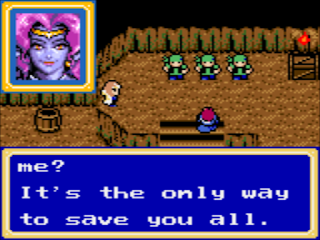 Since I played the other Gaiden games on the CD remake, this is the first time I played one of the games on the Game Gear. While the graphics do not look as good as Royal Stone, they’re still not bad. When you compare the Game Boy games that have come out so far, I think that they did a better job here of reducing the Shining Force experience to a handheld game that still preserves the essential gameplay and isn’t too short. 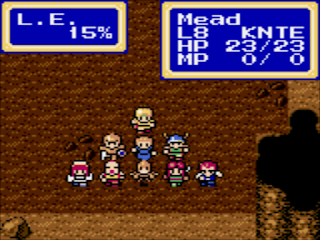 This will be a fairly short post — I don’t want to spoil the story since there’s a good fan translation patch, and the gameplay doesn’t require a long description because it’s just more of the same. The story begins with Max (the SF1 hero) going off to fight Mishaela (who was in SF1 with her dolls) who is trying to revive Darksol, the SF1 boss. Adam, the robot, is damaged, but manages to get working again — he won’t be able to fight but he can act as the tactician for the team. A new main character comes along, and a new set of characters who all occupy the familiar classes and roles that you know if you’ve played the previous games. There are no new classes, abilities, or anything like that. 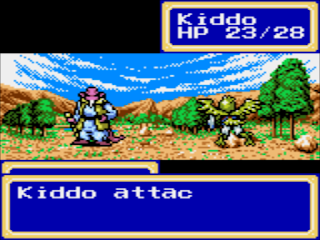 I found the game to be quite easy; possibly the easiest of the SF games. The only reason I had any trouble was that I was determined to level up Cynthia (the healer) to try to teach her Aura. But leveling healers in SF in general is hard, and it’s really hard in this game. She has low MP and can’t earn much XP by that, and dies in one hit from everything in the later game. I did manage to get her to learn Aura level 1 but it was such a hassle I moved on, and it turned out I didn’t need her at all to win the game. I didn’t use any Healing Rains either. 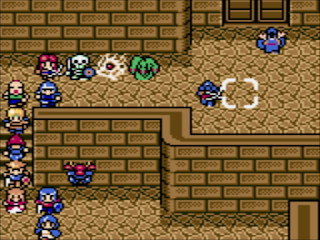 The second to last battle has lasers shooting at you but I was able to mostly avoid them while climbing the stairs. The final battle is like Shining Force 1. The hands have nasty spells but their HP aren’t that high, and once you beat them, the face doesn’t do much. 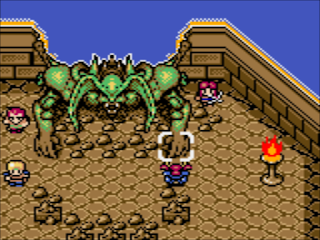 After all that Shining Force, the series rests for a while (at least on the SRPGs). We’ll see it again in 2 years (game 110!) with Shining Force 3, part 1. Next up is Arc the Lad which I’ve already finished, so I’ll try to get that post out soon.