Stage 5 – The Warriors of Orleans
“Marth meets up with Hardin’s warrior band, who is fighting to protect Princess Nina of Akanaia kingdom, in a fortress near Orleans castle.” 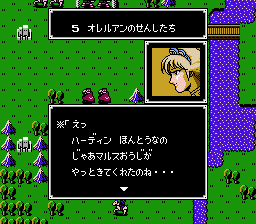 There are two difficulties in this stage — making sure none of the thieves can reach the village in the north, and having all the new members of Hardin’s group survive the stage. Neither are extremely hard but I did have to restart a few times. Hardin’s group is not very strong and it takes some proper placement to make sure the archers can’t combine with the armor knights to take down one of them. 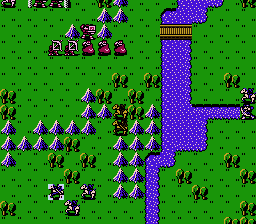 Once the thieves are defeated and the Archer/Armor Knight group taken care of, the rest of the stage is not very hard. Wendell, a Bishop, comes to Marth and joins. Although there are a lot of strategy RPGs with enemy characters that can be persuaded to join your side, I don’t know how many there are where the enemies actually approach your own troops and join on their own. 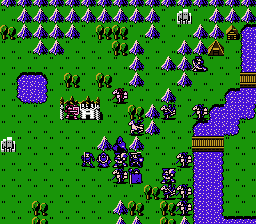 Reinforcements (a single Social Knight) come out of the fort at the top if you take too long. I used the magicians to take down the Armor Knight.

Stage 6 – Fire Emblem
“A fight inside Orleans castle. After winning this fight, Marth pledges to Princess Nina to defeat the Drua kingdom and free all the lands of Akanaia. He sets out on his journey.” 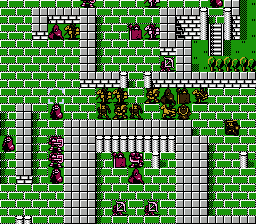 This was a tough stage for me. The main problem are the treasure chests. There are 5 of them, and four thieves on the stage that can go loot them. Unlike later FE games, defeating the thieves after they steal the chests does not give you the item. Two of the chests are impossible to get without using Lena’s Warp Staff, and I decided to ignore those. I would have liked the Angel Clothes to increase max HP, but I don’t know how many warp staves there are in the game. I also wasn’t sure who was strong enough to send over there in the midst of the enemies — I found a Japanese blog where the guy used Wendell to get the Angel Clothes. I guess that makes sense; he has a high defense and can do a lot of damage to the armor knights. 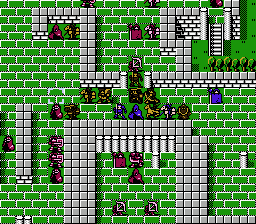 Even getting the other three chests was tricky, though. I kept losing guys to gangups by the archers, the social knight with the gold sword, and the magician at the top left. I think the above picture is from the time I actually won. I finally got down and closely investigated everyone’s stats so that I knew who could best defend against the attacks. Julian also recruits Ricardo, giving me a second thief. 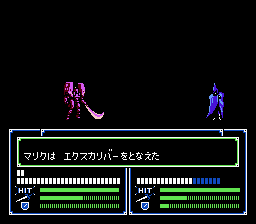 Once the chests are done, there’s still the problem of the two archers and magician in the final room. I approached very slowly, killed one archer, and then fortunately the other archer and magician came forward when they could not attack anyone. This made it easy to finish them off, and Wendell and Marik’s Excalibur magic finished off the boss. 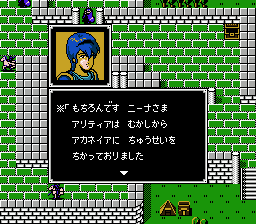 Now Marth has the Fire Emblem, which will help him open a future chest that is important for the journey, and the first major section of the game is done.

Stage 7 – The Trap at Lewakandi
“In the valley of Lewakandi, Marth encounters the White Knight group of Minerva, but…”

Minerva decides that Macedonian troops should not be serving Drua, and defects with three of her pegasus knights. This draws down the forces here to a reasonable number and makes the stage pretty easy. 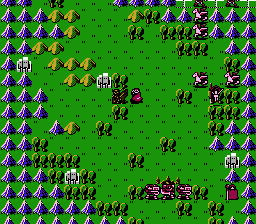 A few archers were enough to take out the remaining D and P Knights, leaving just a skeleton force defending the base. The boss, once again, I beat with Marik’s Excalibur. That won’t last for the whole game, though. 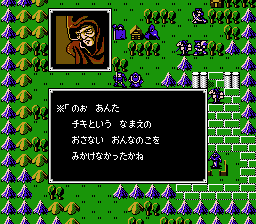 This stage also gives me the first Mamkute, Banutu. He tells us that we need Chiki, another Mamkute, to have any chance at defeating the other Mamkutes who serve Medius. He lost his stone, but fortunately I picked one up in the last stage. With the stone he gets a big defense boost and an attack that never runs out — pretty nice! The ending dialogue of this map just summarizes the story that was already given in the instruction manual.

Stage 8 – Port City Warren
“Marth is surrounded by a large army at Warren.”

The goal in this map is basically to escape to the right and take over the castle; there are large numbers of reinforcements. Some people might fight them all for experience but I finished the stage before I got overwhelmed. I accidentally set up a situation where the horsemen could not move or attack, blocking that area from further reinforcements. 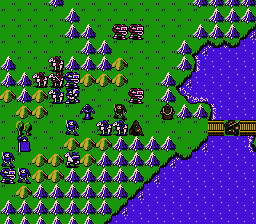 My new recruit Banutu dealt well with the armor knights, who really couldn’t hurt him. Excalibur once again finished off the boss.

The funny part of this stage is Sheeda’s recruitment of Roger. She asks him if he believes in love and if he has anyone special in Gurunia — after a while they have to stop talking and Roger is smitten as so many other men in the game are.

Stage 9 – The Dragon of Perati
“The fight against Commander Manu, the Mamkute.”

This is another stage that was cut from the SNES remake. The boss is a Mamkute, but gets taken out with Excalibur — I’m definitely going to run out of uses of this before the end of the game. The main trick of this stage is getting the chests. The two closest to the start are easy because the thieves go for the town instead, and you can easily head them off. 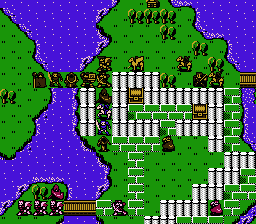 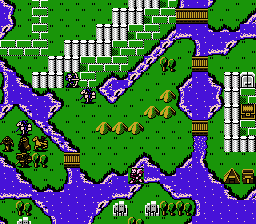 I decided the Dragon Killer was not worth it and just finished the stage.

At the end of the stage, one of Minerva’s P Knights, Kachua, asks for help — Minerva’s sister Maria has been captured by Drua. Minerva is rebelling against Drua but they want our help saving Maria. And off we go!