I’m finished with the game, so this post will carry through to the end. In general, I found myself getting tired of the game — I think the main problem I had is that there are too many generic maps. You’re going from point X to Y and just have to fight an assortment of monsters on a normal battlefield. Very few of them have named, specific enemies in them. As before, I will only point out some of the more interesting battles. 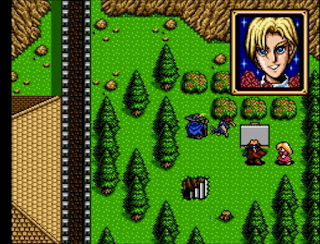 At Creed’s mansion you get the choice of 4 people; I chose Twiggy (the priest) although I came back for the rest later. I saved Twiggy to turn into a Master Monk although in the JP version you don’t get the force ball until pretty late in the game.

Here you have to save a “helpless girl” from enemies, although she turns out to be a foul trickster enemy. The Wyverns come flying in from the sides, as well as nasty demons that cast area effect spells. 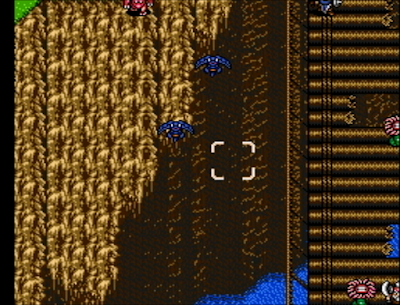 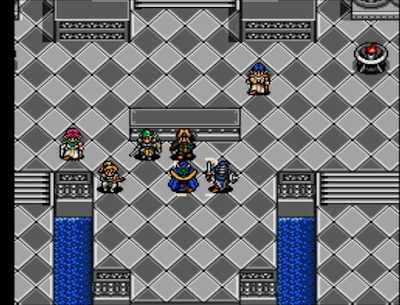 Zalbard is the first major boss, although he’s really not that difficult. For the most part, the bosses’ HP are low enough that they might get off a damage spell or two but you can take them down pretty quickly.

Now we reach the Nazca Ship, which reminds me of Illusion of Gaia. 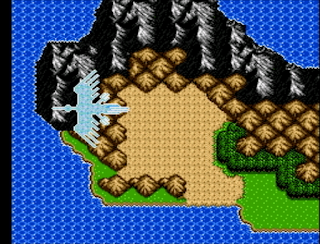 And it’s back to the first area to do the last set of battles.

This is where you finally get the Vigor Ball in the JP version, so (with Sheela) I now had two master monks. I had mixed results with them; their healing was good and their damage was fine, but their defense was very low. In general it seemed like (compared to SF1) the monsters in the endgame do a lot more damage. It wasn’t uncommon for the grunt monsters to do 2/3 of a character’s HP with one attack, meaning if they get the double attack, they can die from full HP.

Also in this next set of battles, I finally reached the Dwarf smith who could make Mithril weapons. I was able to get all the good weapons with surprisingly few reloads, which helped in the remainder of the game. 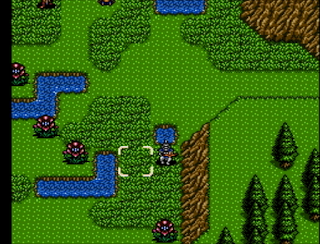 These Prism Flowers were annoying, but at least they hit the enemies too. Since this is the JP version I was able to send Peter down to get the Valkyrie chest (in the English version for some reason you can’t use “search” in battle so you can’t open treasure chests).

From here to the end I found the battles got a lot harder — I tended to just go through them, and if I felt like I lost too many guys to win, retreat and try again. Red Baron (Lemon) has a ton of HP but with everyone beating up on him with their Dwarf weapons he goes down. 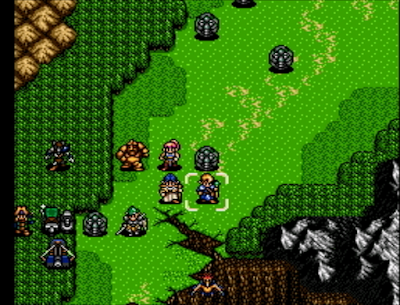 The next battle has these annoying bomb things that pop up — if you just ignore them, they will often blow up themselves far away from any enemies. Geshp has even more HP than Red Baron.

Next, the final four battles. All of these required multiple retreats and retries.

This is pretty much my endgame party: 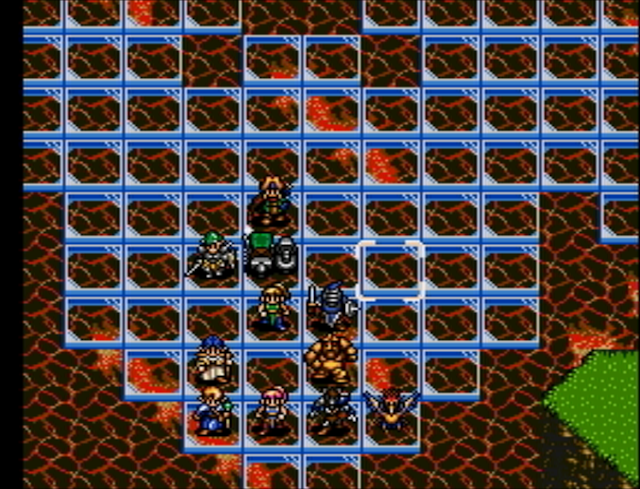 Oddeye wasn’t as hard as I thought he would be; it helps that there’s just one path through the map so you can take down the enemies slowly as you go.

This map has no boss but it’s tough. There are hidden enemies that come out, and also enemies from the upper floors can easily fly down and cast nasty spells. It took me several retreats just to get past the second floor, but once I did that the rest of it was OK even though I lost most of my party. Typically I would be left with Kurisu, the armored archer, Petey, and Jaja.

Also in the last section of the game, the healing no longer kept pace with my characters. I never got Aura on any character, and Heal 3 was only moderately effective. 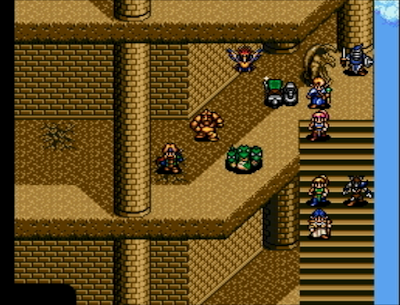 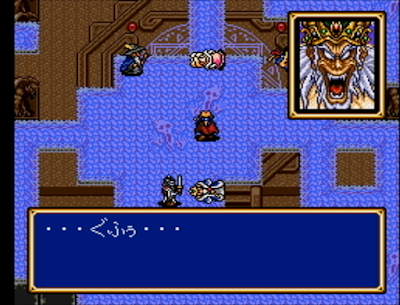 And then the final battle. I started here with my guys in the 24-25 level range, I think when I actually beat the stage they were closer to 26-28.

The grunts were not especially bad, but Zeon is tough. 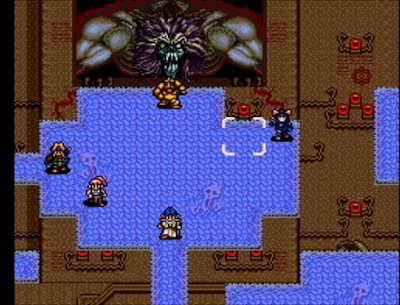 I sent up guys one or two at a time to do as much as they could; as you can see in the above shot almost everyone died. After that screenshot I lost Claude and Sheela, but Shippo (Slade) was able to beat him on a counterattack. 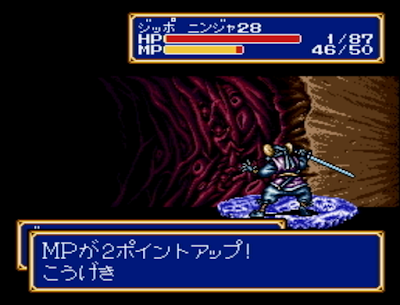 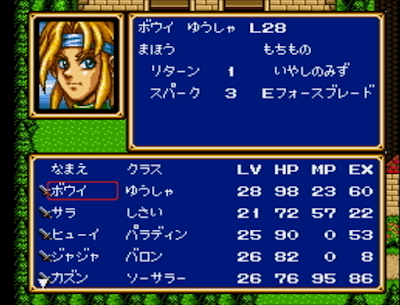 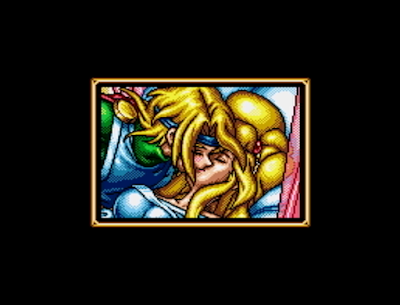 I decided not to try the bonus battle — if you wait after the end credits for quite a while, you will be taken to a fight against all the bosses in the game (even the rat boss from the cave).