This stage started out kicking my butt. I lost probably 15 times trying to just get through the first corridor, because of all the Worm and Meteor users (distance magic). 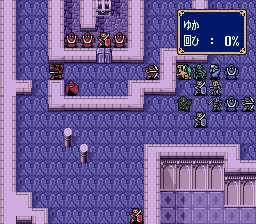 The solution is just to ignore this top part. The chest is a Lady Sword, which might provide some minor help in the next stage but is not worth it. I was also assured by people on Discord that the Silence staff is best used in this stage. So I made my way down, using Silence to prevent the mages from sniping characters. I also made use of the enemy thief to open the door before I killed him. 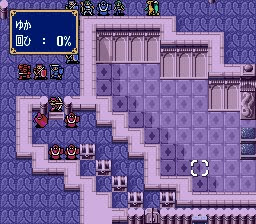 Take out these guys, then get all the chests and move down to the bottom. 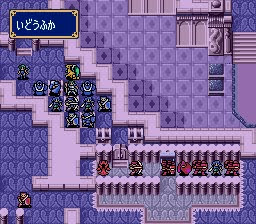 Once you enter the bottom area, reinforcements start coming and the enemies attack the captured character there to the right. I had my character with the Mercurius Sword and the Light Orb take him out in one turn and then moved Marth to capture the throne before anything else could happen.

At this point if you didn’t get the 5 orbs the game ends. Otherwise, we go on to the final stages. Unfortunately you lose all the orbs now. 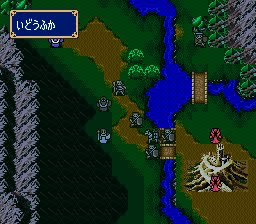 My main goal here was to move fast, because in 12 turns reinforcements start coming. The stage itself is not that hard; nothing attacks until you get in its range, and the thieves take a long time to cross the mountains so you can take them out with winged units. The main danger is that all of the barbarian units have Devil Axes, so they could kill someone with a critical. This didn’t happen to me, and Marth with the Boots was fast enough to get up to the town to get Starlight, and then back to the castle to capture before turn 12.

This stage is composed of three parts. 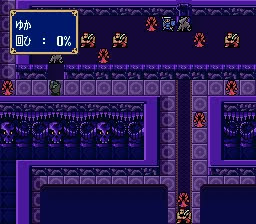 For the first part I used Warp to get Julian up to open the door, then I had Feena dance for the warp user. He then warped Marth up to the boss. Marth killed the boss, then I used the Again staff (which gives all units who have already moved another turn), and then finished the part. 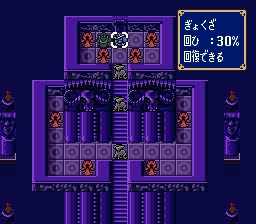 For the second part I warped my mage with Starlight up to Garnef. He attacked. Then I used the Again staff (2nd of 3 uses), attacked again, killing Garnef. Feena danced for the warp user and then Marth got warped up to the throne to end this part. 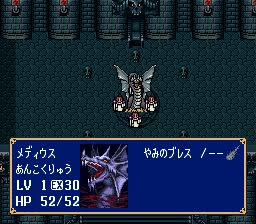 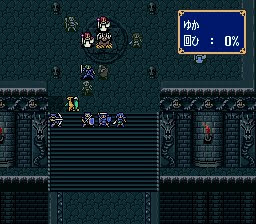 For this part you need to either kill or persuade the four priests around Medius, and then kill him. The Earth Dragons get removed from the board every turn, but this still means they get one set of attacks on the enemy turn. Once I had the setup in the above screenshot, I used my final Again staff to give the persuading units another turn (I was worried they wouldn’t survive the enemy turn). Then Marth attacked Medius with the Falchion. Chiki went next, and Medius was left with 8 HP. I could have beat him in a number of ways but I decided to have Feena dance for Chiki, who delivered the killing blow. 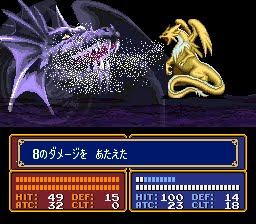 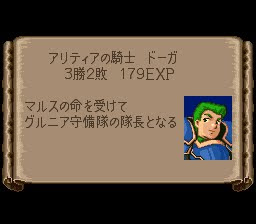 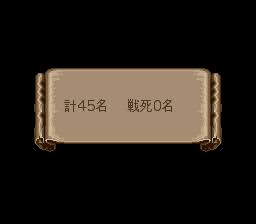 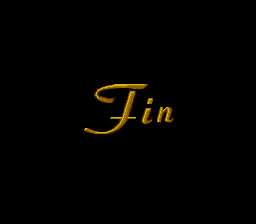