This stage is like stage 5, putting you in the middle of a bunch of enemies. But then there are other groups that pop up afterwards. Despite the huge amount of enemies, the open field made it much easier to maneuver my guys and overall I didn’t find it especially difficult. 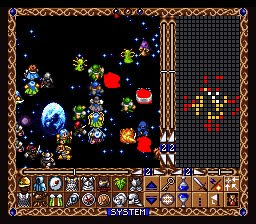 This stage is rough. You have to put spheres in altars, each one breaking open an area of the map. Each fight is against 3-5 boss class monsters, and there are no healing areas to recover MP. Now that I know the whole game, I would recommend using some of your MP restoring items on this map. The last set of enemies, which is the most and the strongest, can be avoided just by setting the AI to flee and having one group up near the exit to use the orb as soon as you get it. 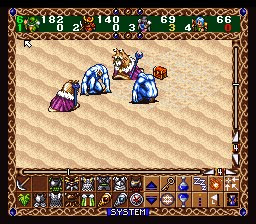 This is another hard stage, mostly because of the huge number of enemy spellcasters, and the narrow corridors which make it hard to maneuver your guys into effective combat positions. It got much easier once I abandoned my attempt to equally level my guys and just sent my two strongest squads at the vanguard. It was still tough, though. 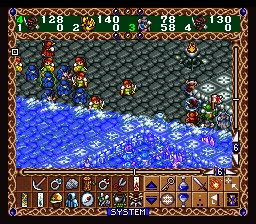 This is another stage where your team gets split up. Since I was on the second to last stage I decided to see what would happen if I just let them fight without using any items or tactics. I used a couple of healing potions on the boss. I lost 7 guys but I decided to keep a save at the beginning of 19 and go on to 20 to see if I could beat the game. 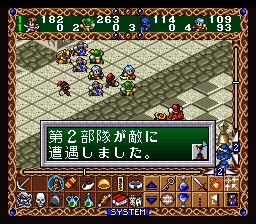 This stage has some initial enemies, and also the final boss who has a lot of HP. However, since you can use all your items here (unless you want to save some for a second playthrough) I didn’t find it that bad. By the end of the stage I had used all my life potions and a good chunk of my healing items, but I won in the end. 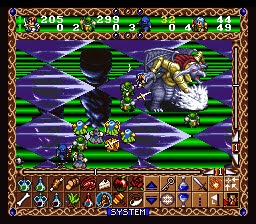 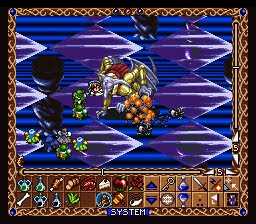 The ending scene is fairly long and also seems like it covers another 2-3 games worth of content. 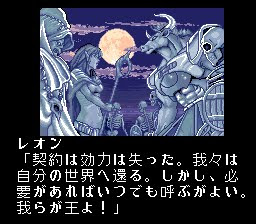 Afterwards, you start back on stage 1 with all your levels and items intact, and stronger enemies. You can keep playing through again and again. 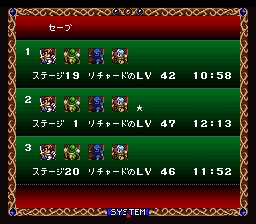 Instead, I’ll move on. Wrap-up post to follow, then my old message board posts for Super Robot Taisen EX, and then maybe Lodoss War. It’s hard to tell whether it’s a genuine SRPG or not.