Kurisu and the team of heroes has defeated Dakini, an avatar of Miroku. Dakini declares that he’ll get revenge by sending the heroes to their death, but for some reason this just makes Kurisu wake up back on Earth (they never really explain this). Subaru finds him and they head back to the other world again, finding themselves near the village where the game started. Subaru is now an official party member. 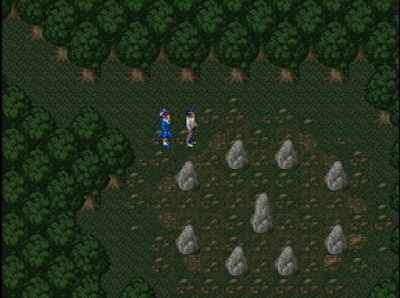 Back in the other world, we find Sakuya at a shrine that was formerly empty. She tells us Miroku is still planning something and tells us to go to Mugenkyo, where Miroku is. Along the way we beat Kanhoryuki again, and then meet Jato, the rabbit mouki who has been annoying us. 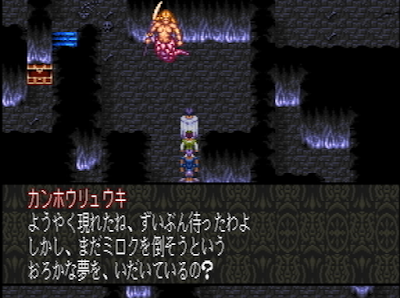 Apparently Jato’s real goal was to steal the sword from us and oppose Miroku himself, thus avoiding being just a puppet. You can choose to fight him or not; I let him run away.

In the Mugenkyo we have to defeat three bosses in three towers to open the way to Miroku’s tower; they’re all bosses that we faced before and none of them are especially hard. So now only the final dungeon is left. 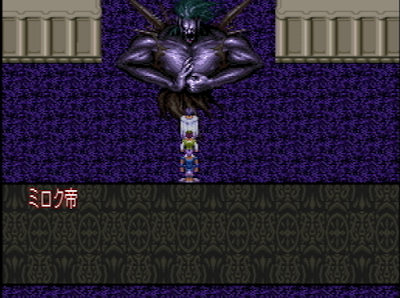 Miroku reveals his plan (of course) before killing us — he wants to break out of this cycle that Sakuya and Madara trapped him in, and hopes that if he gets all the Madara avatars together (i.e. our party) he can use our power combined to create a new world where he will rule alone. 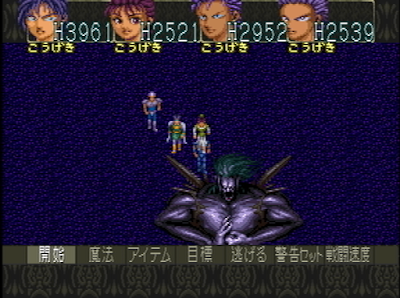 Miroku is relatively difficult but I just kept casting spells and using the White Soma (heal everything) and eventually he went down. Of course we haven’t beaten him, he’ll be back in billions of years to threaten Earth again, blah blah blah.

Kurisu and Subaru are returned to the surface, wondering if they dreamed it, but they think it was real. There’s a slight bit on what the other characters do as well. 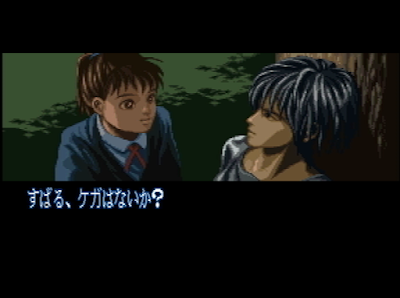 So that’s Madara 2. I’ll do the full review in a week but it was a disappointing game for me; not terrible, but the innovations they tried don’t really work, and with washed out art and a boring battle system it can be a slog.

Next up will be Bazoo! Mahou no Sekai, but remember to check out Lady Phantom (a PCE game) on my other blog.