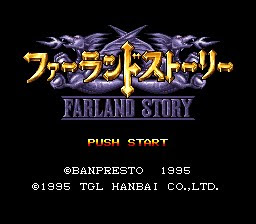 The Farland series of SRPGs started on computers in 1993, and between 1993 and 1996 there were eight games in the series. A number of console games came out as well, some of them ports of the computer versions, and some new games. According to the back of the box, this game is a combination of the first two computer games, although it’s only 24 stages so I don’t know if the computer games are just really short or whether this is really a remix or new creation based on those games. 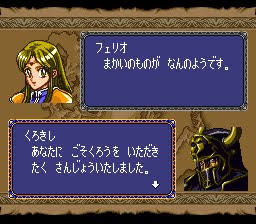 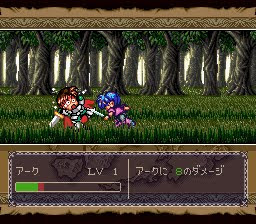 This is incredibly lazy and disappointing for 1995, a year that is going to see SRPGs like Front Mission, Tactics Ogre, Der Langrisser, and Super Robot Taisen 4. They were churning them out, though, because Farland Story II comes out in December 1995 with a Saturn remake later. 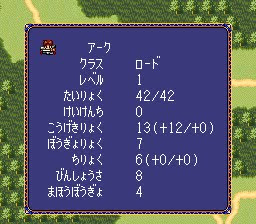 I played three stages of this game and that’s enough. The game begins with Ferio being captured by a black knight, and a small group of people led by Ark has to go in chase of her. 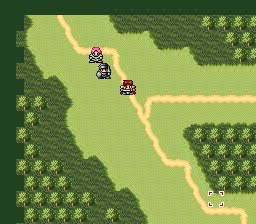 The graphics are pretty pathetic. I guess the only thing the game does that isn’t standard is that it uses a hex map instead of a square grid. The game plays very slowly; the maps are larger than they need to be and the enemies often don’t move until you get close to them. 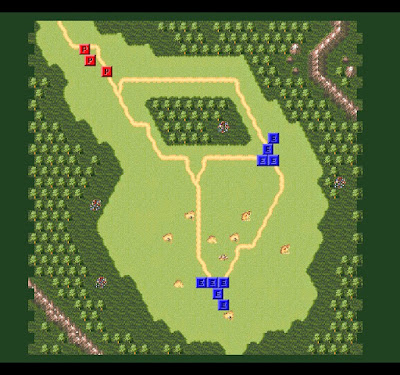 There are little places that look like flowers or gems; if you approach them they reveal treasure chests and you can open them. There are also towns and forts; the town system is strange. You can buy things, but only if you do it at the beginning of your turn, before you move. Then you’ll also have a conversation with a townsperson to get information, but that only happens if you pick “shop”. 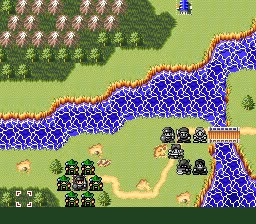 The bosses are usually surrounded by units who don’t move, but you have to approach them carefully and sometimes just use one character to take them down from range 2 distance or they’ll overwhelm you. Especially the axe users have very low magic defense.

Anyway, there is little reason to play this game, unless you are so starved for Super Nintendo-era SRPGs that you’ll play anything.