Chapter 2 takes the women to the next outlying area of the kingdom, which is a desert land. This is annoying because touching the desert does damage, and you have to cross the desert to reach the dungeons you need to. You get shoes later in the chapter that protect against the damage, but not at first. 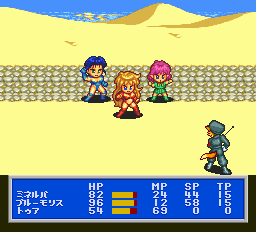 I noticed that in this section the SNES version has an extra floor for the dungeon; there are several places in this game where the SNES version’s dungeons are larger or an optional dungeon becomes required. Once again the heroes defeat a corrupt barracks commander as the Cutie Kamen group. 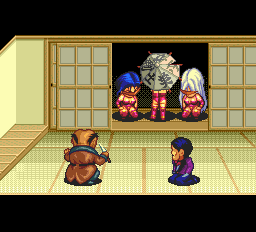 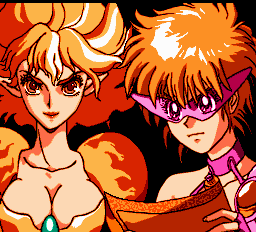 The boss of this section, the fire spirit, is in a volcano, so first we have to go get an item to freeze the lava to enter the volcano. This involves a Sphinx, who fights and then does a quiz. 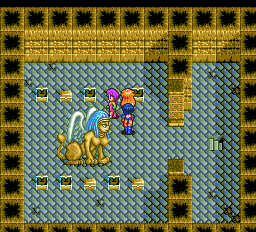 Each question you get right gets you a treasure chest, and if you don’t get them all you get warped back to the beginning and then can try again up to a limit of 3. I believe that after that you get the item you need regardless of how many questions you got right. They are pretty difficult questions about history and literature; I got lucky guessing some of them and knew some other ones. 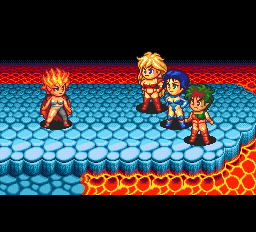 Then it’s on to Fire Pressea, who use a lot of hit-all magic. The Fire Sailor Outfit is good, as are freeze/water techniques.

Now Chapter 3, where we have a big bridge that’s broken and requires some elven shoes to fly across. The elf with the shoes doesn’t trust us humans, though, so we have to save the elf’s daughter from yet another corrupt commander. Time for another cutie kamen segment, although this time they parody the Mito Komon movies. 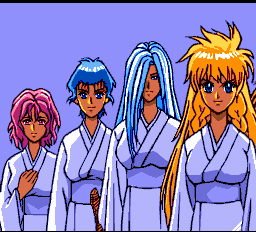 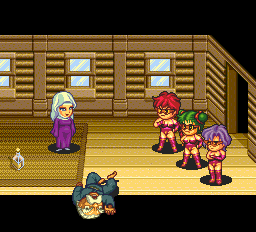 Then the elves also decide to improve our half-elf child’s magic abilities, which requires them to wear sheer clothing. 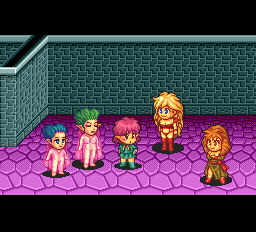 Then it’s off to the air tower to beat the boss, where there are invisible platforms you have to traverse. 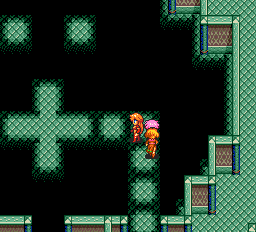 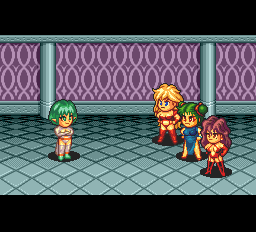 She’s not a tough boss, especially now that the little elf girl has a strong mass heal.

Chapter 4 is in a water area, so the boss is the water follower: 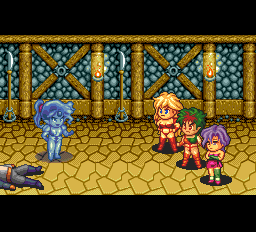 We first have to deal with some slavers (Cutie Kamen style). The water lady doesn’t like them either because she wants to capture all the girls herself. Here, we get the “King Sailor Outfit” which you equip to make the characters naked, with special poses:

Also one of the characters leaves temporary for a personal vengeance, which is annoying because now one of the parties is down a character. 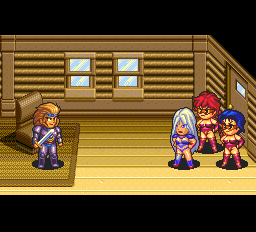 The water tower has the boss, and once again she slinks back to Dynaster having accomplished nothing: 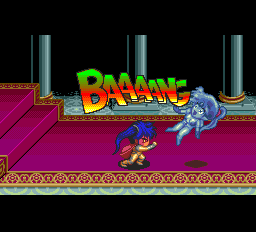 Chapter 5 is the last chapter, and we’re back at the capital city to save Minerva’s parents. First off, we get tricked with fake “Dragon Armor”, which is the most powerful armor. This is how they think the “most powerful armor” is supposed to look: 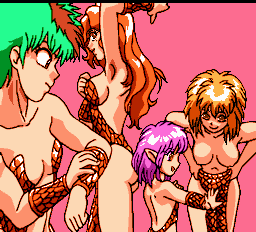 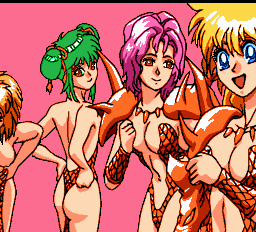 That looks like it provides great protection against monsters. Anyway, it’s cursed, and now that means that until we can get it removed, it provides the lowest possible defense, making this chapter a bit harder. Eventually after many sequences and dungeons we find the sage who can remove the dragon armor. 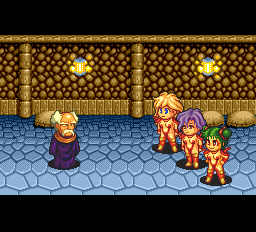 He also reveals that Dynaster is actually Minerva’s sister, who was given to him as a baby based on a prophecy that said she would bring ruin to the kingdom. He trained her as a wizard but then she turned evil because she was so upset about how the king treated her. 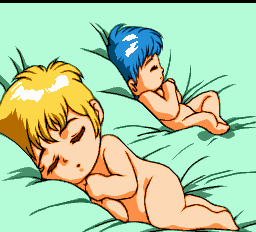 So now let’s head back and deal with Dynaster! The last place is two fairly large dungeons but they’re not too bad. Healing items are plentiful in the game so you can just beat everything up. 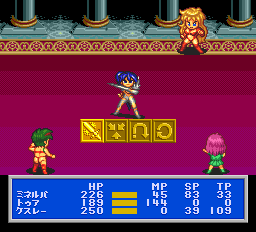 She’s not that bad. By now my technique was just to have Tua block until she’s needed for healing, then the other two people attack. 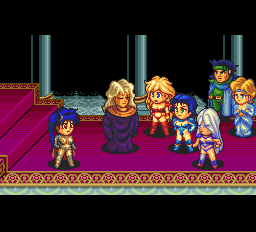 Oh no, the sage was the secret enemy! 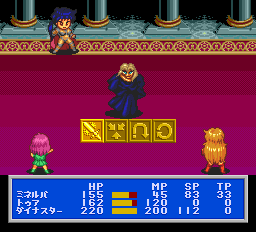 Dynaster helps out against the sage but it’s the same technique. Then there’s a final final boss: 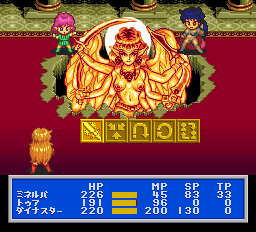 Apparently the SNES version has some special transformations for this fight but not the PCE one. Same technique.

A fanservicy ending scene where Dynaster decides to go out on her own instead of staying in the castle. Minerva follows! 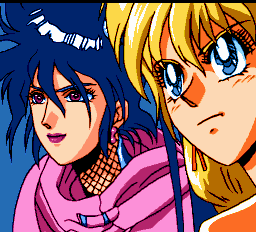 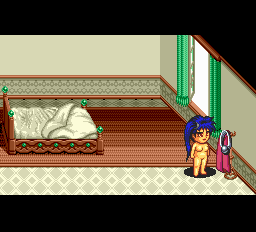 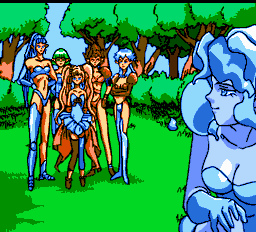 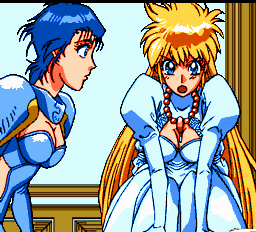 Despite all the fanservice this is a fairly good game. The battle and levelling system is fun and everything goes quickly. You don’t need to grind. The visuals and voice are great. When I get to this game on the SFC I’ll play a bit of it just to see how it transferred over but I would definitely recommend this game.