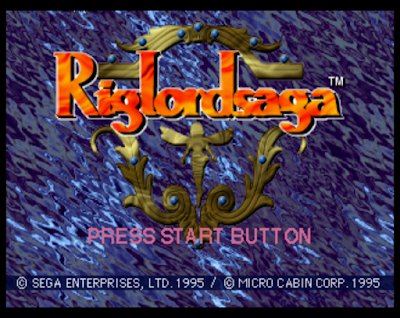 This game is also called “Blazing Heroes” or “Mystaria: Realms of Lore.” I guess they didn’t like the original Japanese name.

This is the first Saturn SRPG (I played the Feda remake earlier, but that came out in 96). It looks very different from the games I’ve been playing up to now because they use the power of the new system to do 3D style graphics. Unfortunately I don’t think they look very good. I’ve always had a problem with early Playstation and Saturn attempts at this kind of graphics — even in 1997 I thought FF7’s characters looked stupid. 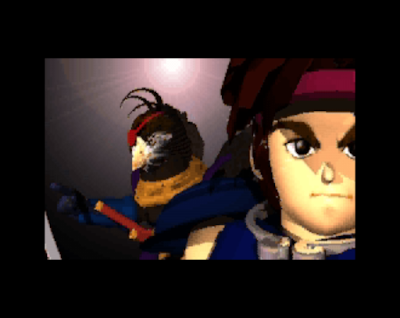 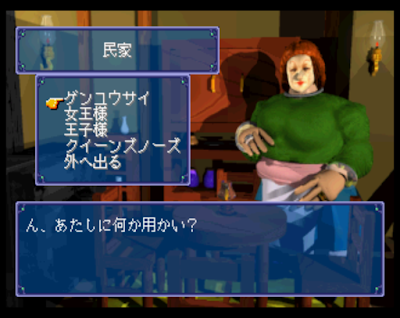 For me there was never a time when I looked at graphics like these and said “Yeah, that looks cool.”

This also appears to be one of those games where they ran into severe limitations in text space for the translation, or were just too lazy to expand it. For the technique names in particular, it seems like they were limited to six letters in two groups of three. So “Shuriken” had to become THR STR, “Repeating Kick” became KIK, Sleep is SLP, and Lightning Arrow is LTG SHT. I remember this kind of thing from Paladin’s Quest and Breath of Fire but this is perhaps the worst I’ve seen.

The game starts out with Prince Kurisu fighting against Gen’yusai, who is taking over his castle. He quickly gets overpowered, and then slaughtered by a story loss fight. Then you get to the first real battle of the game, with one of the bad guys joining us. The only required units for all the battles are Kurisu and Musashi. 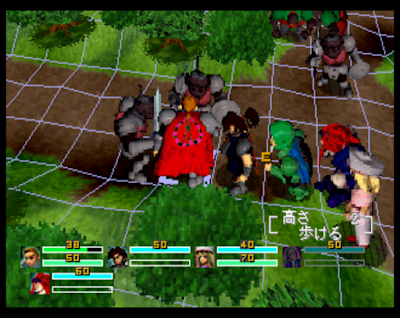 One really nice feature of this game is that at the end of each battle, all characters get an equal amount of XP based on the enemies killed during the battle, with non-participating characters and characters who died during the battle getting half. I greatly prefer this to the common system where XP awards go to individual characters; it gets tiresome to attack your own guys or leave people at 1 HP so that you can level weaker characters. 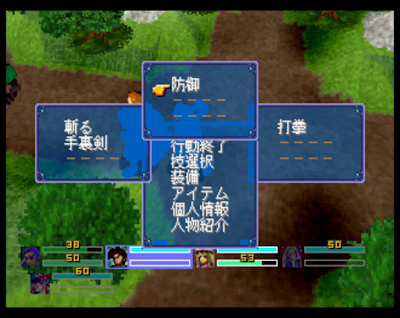 The battle system is fast-moving and I never felt the need to use a speedup key, even on the enemy turns. 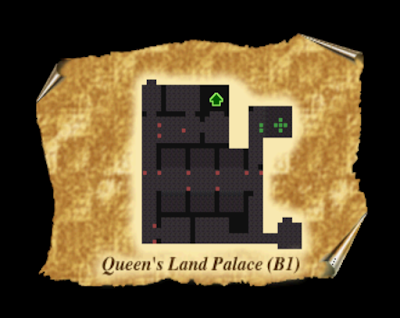 After this initial fight we get locked in a cell but can escape with some additional friends joining. There are locked doors with chests behind them in this battle but they can’t be retrieved until later in the game.

After escaping the castle, we had to go to a mountain with a sage on it who would tell us how to defeat Gen’yusai. I had to do this battle three times; the enemies are difficult and have nasty counterattacks. Fortunately this game lets you retreat from a battle at any point and earn all the XP you got up to then (and the chests). I always appreciate systems like this because it means that you never have to do any true grinding, you can always attempt the next battle and then retreat when you’ve gotten as far as you can. 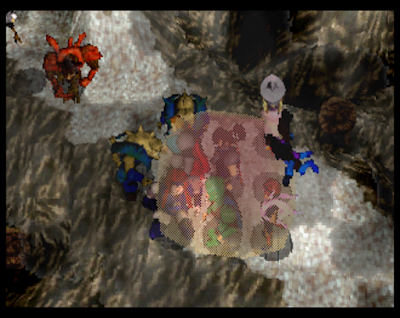 The sage tells us that we need 13 warriors to go against Gen’yusai. The next part of the game is nonlinear; there are 5 or 6 places you need to go but they can basically be done in any order. You can travel freely around the map and visit the various towns to buy things. When crossing a border into one of the other provinces you may fight a random encounter, which will be with several randomly chosen members of the party. This can be a bit hairy if they choose a bunch of weak characters. I generally tried to level up everyone until the late stages of the game.

The next part I did was going after a pirate and then getting shipwrecked on an island. For me this part was the most difficult in the game, and the last hard fight until the final boss. There is some method that the levels of the enemies scale to match yours, but it’s not absolute. I was having so much trouble with a battle in this section that I was afraid I might have to go back to a previous save, but I noticed that as I retried the battle over and over again, the enemy levels were not going up at all. Also I was learning new skills, which is probably more important than the levels. So eventually I won. 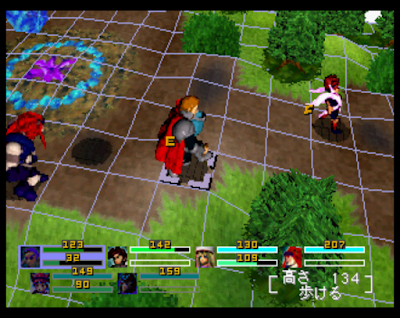 After this I found that the game got significantly easier. I think this is because once you get better techniques and moves, the fact that the enemies match your levels is no longer that important. There was a tower where enemies could only get hurt by magic or certain moves, and I had to skip it for a while, but when I came back it was easy. 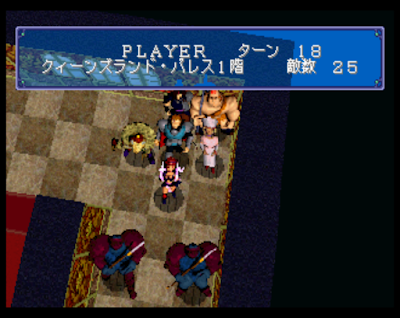 Honestly the next stage that provided any challenge was the final stage, and that’s only because almost every unit on the map can confuse your characters. I thought I was going to have to try from the beginning but I managed to beat it with only the main character left alive. 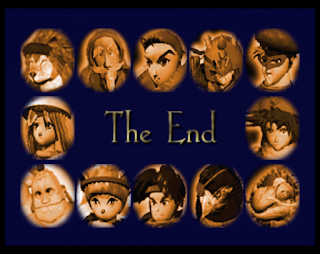 Overall this is a decent game. It’s a bit short, and the difficulty is very uneven, but it’s a fun play and the very clean and easy interface makes it much less of a chore than some games. I’m looking forward to trying the sequel in a while.