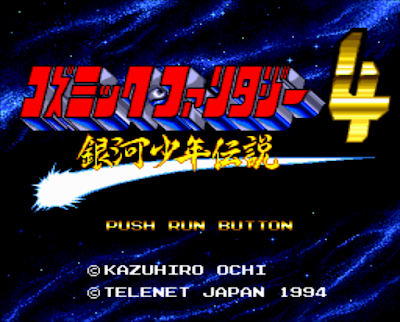 This is the fourth and final game in the Cosmic Fantasy series for PC Engine. It’s divided into two parts, one which starts the characters from CF1, and the second which stars the CF2 characters. I have not been a huge fan of the series so far, although I was hoping that for this final game they would improve things — particularly the dullness of the battle system and the high random encounter rate. 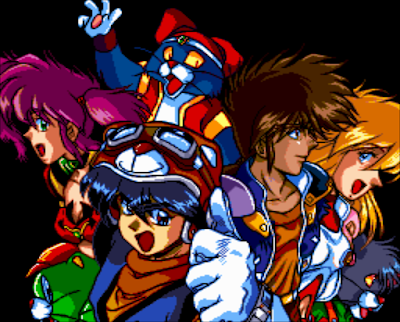 The main characters are “Cosmic Hunters”, people who go to various planets and solve problems. This game starts out with a section that seems like it’s trying to be an adventure game. You can look at things, talk to people, search, and move. 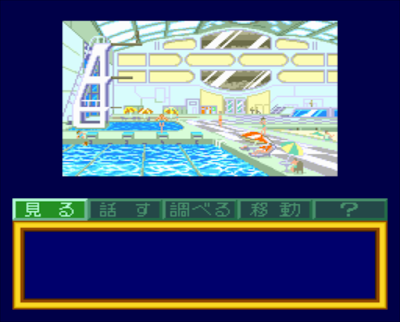 Unfortunately this section is a waste of time. There are no puzzles, real choices, or even freedom of movement — you just choose each option over and over again until the game lets you advance. Although it does introduce the characters and the basic plot, I don’t see anything here that couldn’t have been done with a normal RPG style. At least if they wanted to do this style gameplay they should have made it less tedious. As usual, there are a lot of fanservice scenes in the game. 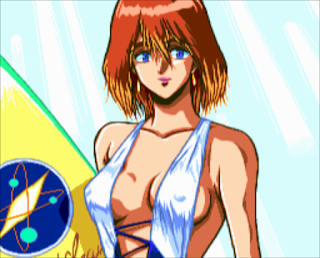 Yuu and Saya are the pair from the first game. Their mission this time is to go to a planet and rescue a princess who has been captured. While Yuu goes after the princess, Saya will have to pretend to be the princess so that nobody notices she’s gone.

Once this long opening scene is over, Yuu reaches the planet, and the game switches to the standard RPG mode. Yuu meets up with an old woman who is separated from her tour group, and decides to escort her to the capital — there are a bunch of digressions and side quests along the way. 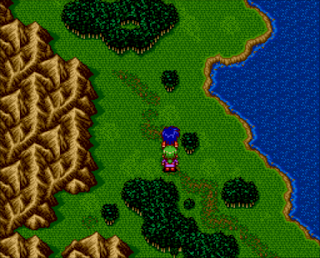 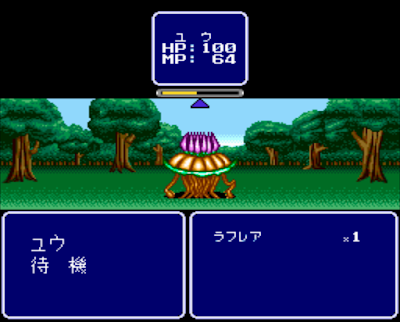 They actually did change the battle system a bit. That yellow bar fills up and then it’s your turn, although you can wait a bit longer and the bar will start filling up green. I think the more green that fills it the stronger the attack is, but a full green attack is definitely stronger.

Yuu is by himself for this first part of the game. He has a lot of MP which are enough to heal and cure poison as much as needed, especially since a level up restores all HP and MP. 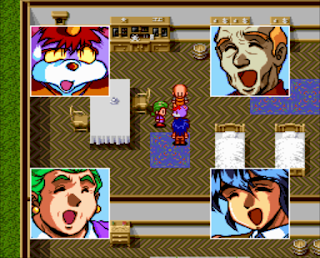 The first little quest is to turn humans in a village back from monsters; it turns out this monster at the top left did it because he was lonely, but in the end the villagers accept him and he can play with the village children.

Next up, we have to recover a healing grass from a dark cave. 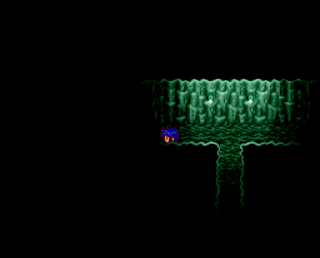 Even though these kind of caves are an RPG staple, I’ve never really liked them. You have to blunder around in the dark passages and press random directions to find the hidden passages. At least there are no encounters. 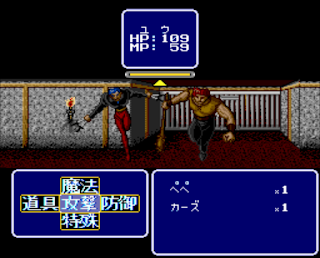 Next up, the old woman gets kidnapped by thieves, and we have to rescue her. There are two boss fights here, the first against two of the underlings. 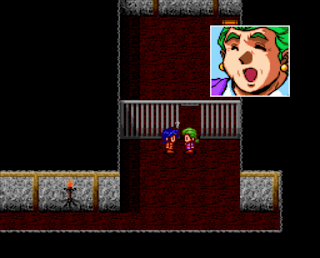 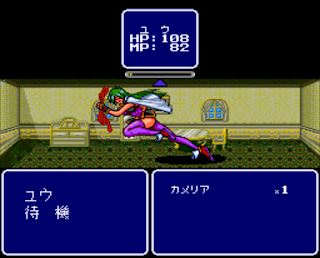 Then, we fight the leader. This fight took forever. Sometimes she switches into a defensive mode so you have to wait until she’s out of that or she’ll counter. I was never in danger of losing the fight because I had enough MP restore items, but it took a long time.

Then, Yuu reaches the capital. They won’t let us in to the castle so Yuu has to sneak in with help from some people he is supposed to meet here (that the initial dialogue told us about). 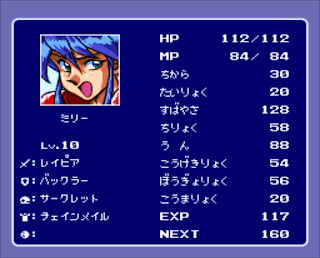 Now I have a party of 4. I was glad to finally get some party members, until I got into a fight. Now we have 4 people’s bars filling up. It’s like the Final Fantasy ATB system, but there are two issues. In FF4, when someone’s bar fills up it automatically switches to them. Here, you have to select them. This is fine, especially since there’s the extra green bar and some characters you might want to leave ready (like a healer).

What is not fine is the enemy turns. Unlike FF4, this is a Dragon Quest like system where everyrthing is done through text boxes showing the hit and damage that you have to clear. I found that dealing with 4 enemies bring up text boxes while also trying to select characters and attacks (which bring up text boxes) was incredibly annoying. After suffering through two battles I was done — presumably I would have gotten used to it after a while, but it was almost the end of the week anyway.

If you like the Cosmic Fantasy series, this is probably the best of the games (assuming the battle system becomes easier to manage after you get used to it). The random encounter rate seems lower, and there’s more speech and CD music. But it’s still not a great game.