The quest we’re given by the Guild has to do with a demon near Gate town, which is the same demon that attacked Bosh and Kurisu when we were kids. So of course that’s something that we have to investigate, but this will require a “grass person” to help us talk to the wise trees. Since the beginning of the game a grass person has been in the circus that appears here and there, so that’s our next destination. But first, we have to get a way to sail around the world — in this game that’s not a ship but a whale. 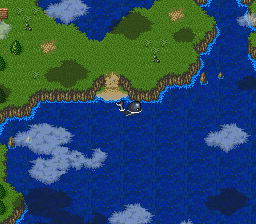 The whale “grandpa” appears to have something wrong with it that makes it sleep — of course we can guess it’s some new monster. We go inside of it, and need Rinpu along to hit various places with her staff and open routes.

Once the monster inside him is beaten, he wakes up and we can use him to sail around the world. Now we can head out to the circus with our recruitable grassman. 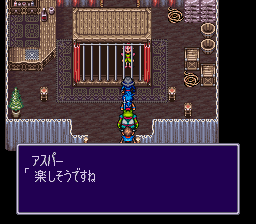 Unfortunately the head of the circus refuses to part with him(?) unless we bring him a rare Uparupa. They live in a cave where we have to use bait to get them. This part is a little annoying because you can only get one bait in the cave, and if you fail to get the right Uparupa you’ll have to do another fetch quest with a pretty difficult boss. But if you get it right the first time you can avoid that…although we decide to let the Uparupa go because we feel sorry for it. 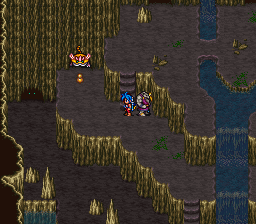 So how do we get the grassman? Just threaten to beat up the circus runner, of course. What a surprise, he is a demon as well. 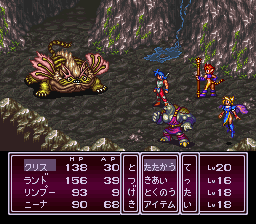 After he’s beaten, it turns out Aspar could have gotten out at any time but was waiting for a group of heroes that could save the world (was there not a more efficient way to do that?) Anyway, with Aspar we can talk to the trees and find out what’s going on. 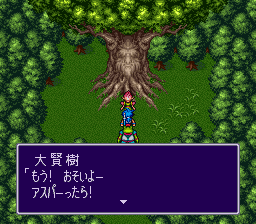 The giant tree is having problems with its memory (shades of the opening sequence?) and we need a Therapy Pillow to help, which the Music Country has. Just as in the first game, we can’t communicate with the Music Country people without a flute. This whole section is nested fetch quests.

The flute seems to be in Highland Castle, which is actually Sten’s homeland, where he was a knight. This is by far the most annoying section of the game for me. The monsters are incredibly strong and you can’t leave until you finish the quest. I got a lot of game overs here and had to retreat to heal pools many times. To add insult to injury there’s a set of warps near the end of the dungeon that warp you one-way back to the beginning (I wonder if they intended this to be two-way so you could leave and heal?) 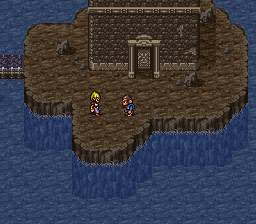 The kingdom is being ruled by yet another demon, who is strong but I managed to beat with only Kurisu left alive. And now we have the flute. Unfortunately the queen of the music country is sick…another demon? By enlisting the help of a dietician we’re able to use a magic mirror to get inside her and clear out all the enemies. Fortunately this is a pretty easy dungeon. And now with the therapy pillow we can help the tree out, entering is dream to beat Alzheimer who is afflicting him. This area is a strange dreamlike world where you go to towns made of young, old, and middle-aged people. 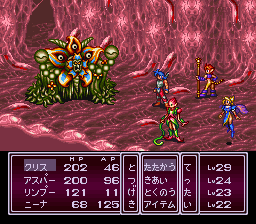 It turns out that Alzheimer is the one that made everyone forget Kurisu at the beginning, as well as the tree, and he says the tree was in the way of God.

Now we head south through a fog valley…as soon as we clear the fog by convincing a wind spirit to stop making it (and adding it to our spirit inventory). This dungeon has underwater areas that you have to complete in a time limit. 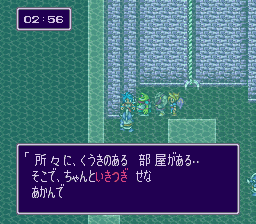 We then reach Rand’s home town, where this church of Eva seems to be causing problems. Rand’s mom wants us to help farm and then go pray to Namamda, but after we do, she’s suddenly gone and we’re told that the Eva church has obtained her field for a church. So it seems like we need to deal with this Eva church, but their place is only accessible by the air. How do the believers get there? Oh well, in order to reach it we need to return to Windia where there is a legend that older winged humans could turn into birds. 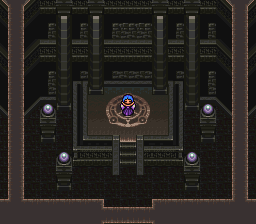 Nina reunites with her parents, who are sorry for throwing her out just because she had black wings. She plans to become the big bird (a transformation that can’t be reversed) but her sister steps in and does it instead. 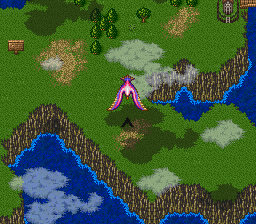 Now we can fly.

I’m going to end there — I’m on the last dungeon so I’ll be finished soon. Next week is a scheduled side post, though.