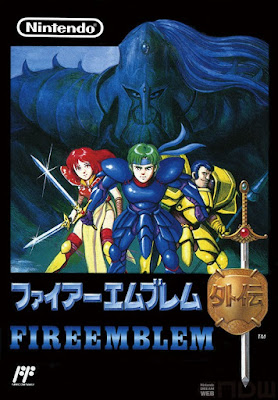 There was an interesting pattern in the Famicom era of sequels that were very different from the original game. Zelda II and Castlevania II are probably the best known examples (also Super Mario 2 from the American standpoint). Perhaps Final Fantasy 2 could count as well.

Fire Emblem also went this route, releasing “Fire Emblem Gaiden” about two years after the original game. The term “gaiden” usually refers to a side story of an established story, which doesn’t really describe this game. It takes place in the same world and has some returning characters from the original game, but it’s a completely new story that has no direct relation to the original. Perhaps the creators thought the term “gaiden” would also suggest the different gameplay and style. In 2017 this was remade as Fire Emblem Echoes. 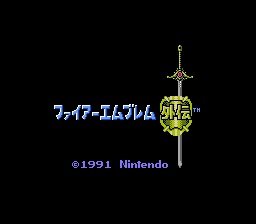 As I said in my previous post, up to now all the games have leaned strongly towards the simulation/strategy side of the SRPG name. This is the first game to incorporate more RPG elements (although Shining Force was under development at the same time and came out soon after). Gaiden allows you to walk around towns and talk to people, and you can also move around the map. Caves have repeatable battles that you can use to grind XP if you want. However, the RPG elements are still not fully implemented, and the game has a rather strange feel to it. For instance, you still can only have one item (weapon, armor, or ring), and there is no money.

The system is based on the original Fire Emblem, with the following notable changes.

I’m not going to cover all of the stages because many of them are just grunt battles with no story and no real difficulty.

I also am using “easy mode”, which you get by holding select and start. Normally I don’t do that kind of thing but literally everyone told me to, including a Japanese site.

The manual gives the back story: Valencia was created by two gods, the benevolent Mira and the evil Douma. They fought for many ages, but eventually Douma controlled Rigel in the north and Mira the Sophia kingdom of the south. They existed in harmony for a time, Rigel protecting the land, and Sophia growing the food. But eventually Sophia forgot their origins and stopped sharing their food, even when the starving people of Rigel begged them to help. Even the compassionate among the people of Rigel couldn’t go against King Lima. Eventually King Rudolf of Rigel, under orders from Douma, attacked Sophia. By the time Sophia realized their mistakes, it was too late, and war had engulfed the continent. Eventually Minister Dozei defected to Rigel and assassinated the royal family, and now even Sophia Castle is about to fall to Rigel.

We start in a tiny village, where Maizen, a former knight of Sophia, has fled the rebellion of Dozei. He’s raising Alm as his grandson, and teaching him swordsmanship. One day Luca comes to the village, seeking Maizen’s assistance in forming a resistance against Dozei. Maizen refuses but Alm decides on his own to follow, taking a few townspeople with him.

The townspeople actually start with no class and you can choose which class path to take them down once they hit level 3, which is a nice touch.

The battles are reminiscent of Fire Emblem but in general far easier. The first few battles are nothing to speak of.

The little cave there is a thief hideout, where we rescue Silque the cleric. She learns warp at level 7 which apparently is quite useful later. There is also an opportunity to change class at the Mira statue and drink from a stat-increasing fountain (3 times). 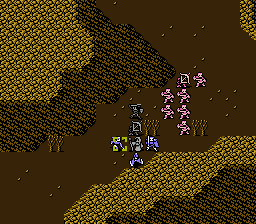 The game lulls you into a sense of complacency and then throws Leather Shield Mercenary at you. He looks like all the other guys but is at a higher level and has a leather shield, increasing his defense. He’s not extremely difficult, but you have to notice that he’s there. Of course you get his leather shield, and the next stage gives a steel bow. This increases archer range to 5 — archers in general seem much better in this game than in FE1.

Next place gives us Claire the pegasus knight. She’s pretty bad, but at least in this game the flyers don’t have to worry about archers. Range 4-5 archers would make P Knights almost impossible to use otherwise. The Thunder Sword also appears here so Alm can attack from a distance.

We then come to the Resistance base, where Clerbe joins the team and we get a chance to promote some units and raise stats.Clerbe asks Alm to become the leader of the resistance and maybe even future King. Sounds appropriate for the main character, so on we go to the climax of chapter 1. Dozei is trying to call for reinforcements to Sophia but hopefully we can get him before he does it. Alm is worried about incurring Mira’s wrath if Sophia and Rigel fight, but Fors (another new recruit) floats the rumor that Mira has disappeared. The crops aren’t growing lately.

Dozei is at the castle. He runs away if you beat Slader, and it takes a lot of grinding and use of Warp to beat Dozei. You get a Dragon Shield but maybe it’s not worth it…I just bypassed it and beat the stage. I lost the first time because I charged ahead too strongly. Letting Slader come to you and beating him up first makes the stage a lot easier.

Maizen is in the castle; he now agrees to let Alm walk his own path, and tells him another person will be here soon, after which we can chase Dozei into Rigel. 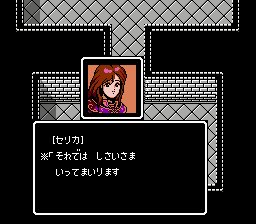 Chapter 2 focuses on the second main character, Celica. She is a holy knight who wants to go to the Mira Temple to see what’s going on with the crops in the land not growing. Her initial troop is an archer and two mages, which is not the best group for dealing with warriors. I believe she also encounters the first monsters.

Celica heads out for the harbor, where she picks up a rough fighter for her team and a ship. This chapter has a lot of ship battles. 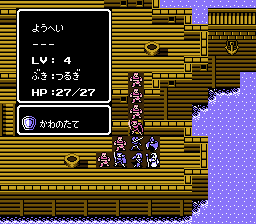 Here’s another Leather Shield Mercenary, by the way. There’s also a map with lots of mages, and one with a necromancer that summons a lot of zombies. So they tried for some variety in the stages, which is good. This game also has magic defense (which FE1 didn’t have), so it changes the strategy vs. magic using characters.

In the thieves’ fort the first NPCs appear. They fight on their own, and if they survive the map you (generally) get them. In this map they try to fight the boss — I think I got lucky because the weakest unit, the archer, got wounded early and retreated, so it wasn’t that hard to have them all survive and join the team.

The next challenge is a Dragon Zombie, who guards a holy ring (that lets you regenerate HP on your turn). If Celica is high enough level to cast Angel, then the fight is not too bad although you do have to make sure you don’t leave weak units where the Dragon’s high move can get them. Beating the dragon also lets you enter the shrine where a Holy Sword awaits (good against monsters). 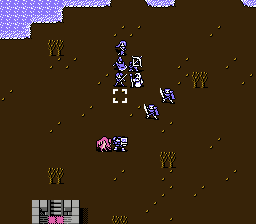 Reaching Sophia, the team meets Paola, one of the three P Knight sisters from FE1. But she doesn’t join us now. 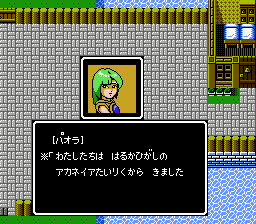 This stage does not have any boss. Celica just reaches Sophia and reunites with Alm, leading into the third chapter.

As I said, this game feels odd in a lot of ways, but it’s not terrible so far. Apparently it gets a lot slower and more tedious starting in chapter 3, so we’ll see how it holds up in the end.