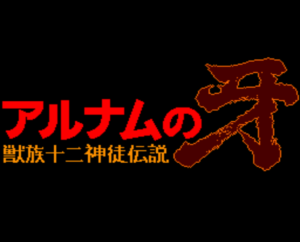 Right Stuff is the developer responsible for a few other games I’ve played (Emerald Dragon, Alshark, Sword Master). This game takes place in a world with humans, and then 12 tribes of demihumans (who transform into beasts) who are treated as lesser beings by the humans. One day mysterious beings called Shishimura appear, and threaten the humans. The Empress of Alnam, Marien, calls on representatives from the 12 tribes to come to the capital. The main character is Genbu, studying sword use under Ouken. Ouken is supposed to be the representative, but he’s killed by one of the Shishimura trying to protect Genbu, so Genbu goes in his place.

The game begins with an extended cutscene; as is common for these late PCE games, the scenes are well done. 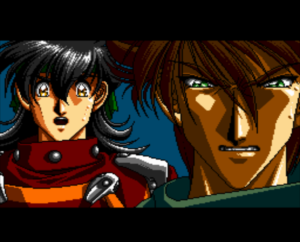 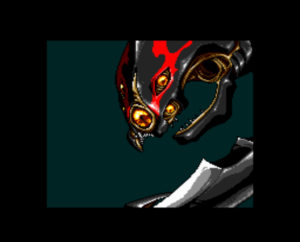 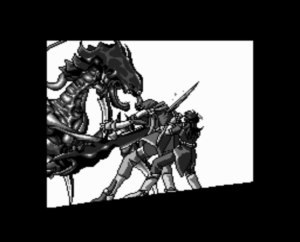 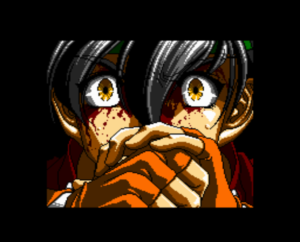 The battle system is pretty simple. You can choose “attack” or “beast attack”. Everything you do uses Qi, which is a bit annoying at the beginning because everyone’s Qi is so low that even just doing basic attacks quickly exhausts your supply. The problem is made worse by this game’s ridiculous random encounter rate, one of the worst I’ve seen (it may even be worse than The Last Battle although this game’s areas are much smaller). 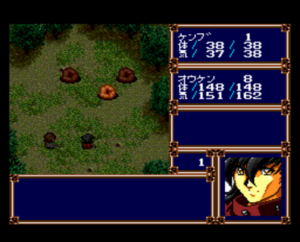 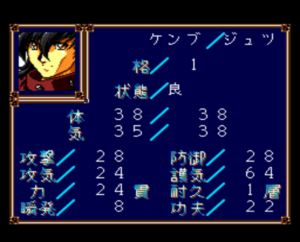 But the much bigger issue than this is that the game is full of bugs, almost at the level of Maka Maka. There are numerous graphical glitches here and there, but also a large number of bugs that cause freezes

Some examples of the bugs:

There are a lot of other minor graphical glitches as well. For some of the bugs you can save your game in a bugged state where you can’t win the game, and since there’s only one save slot you would have to start over. 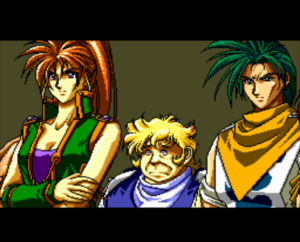 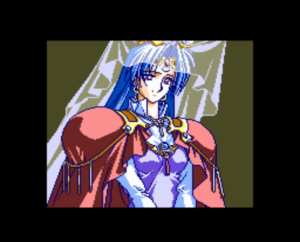 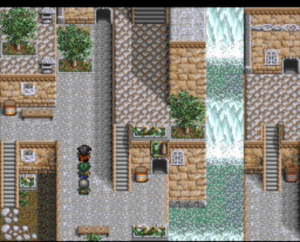 Most of the sites I looked at praised the story and visual scenes, and in fact the game was remade on the Playstation as an adventure game with no RPG elements. A sequel RPG came out for the Playstation in 1997 and there was supposed to be a third game, but Right Stuff went out of business before that could happen.

Given the high encounter rate, basic battle system, and the bugs, I didn’t see any need to play the game beyond this point. It’s a shame because the visuals do look good and there is potential in the game. It has a good interface and everything plays quickly and smoothly.